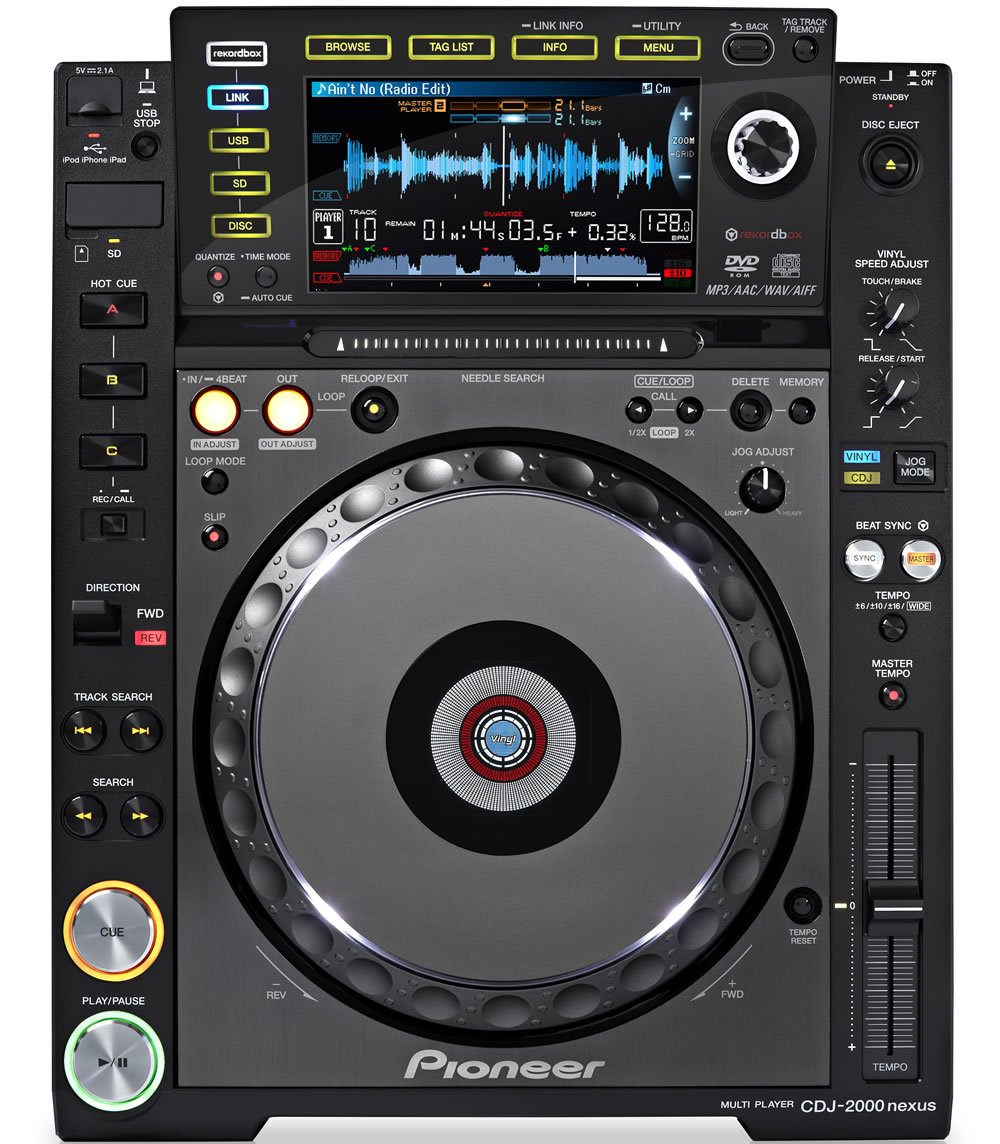 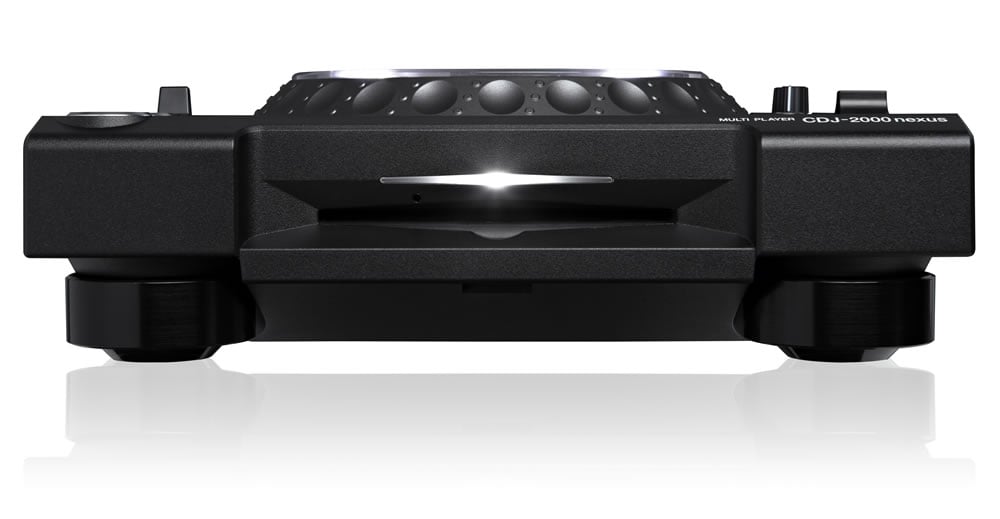 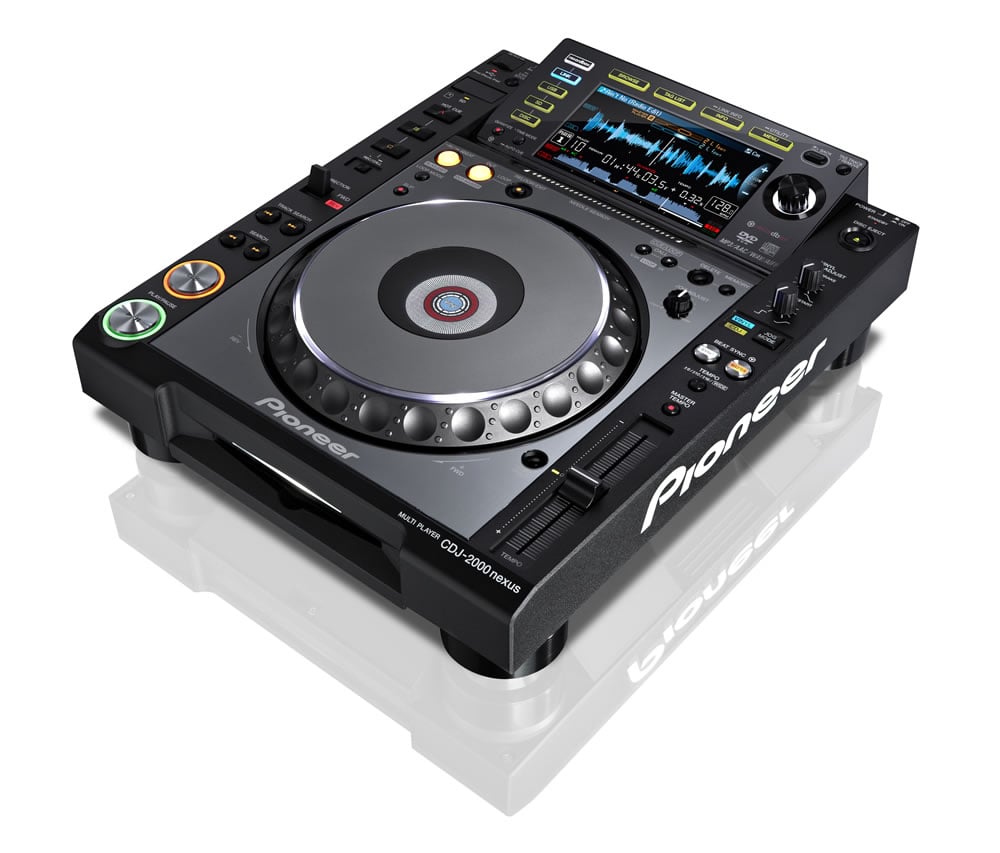 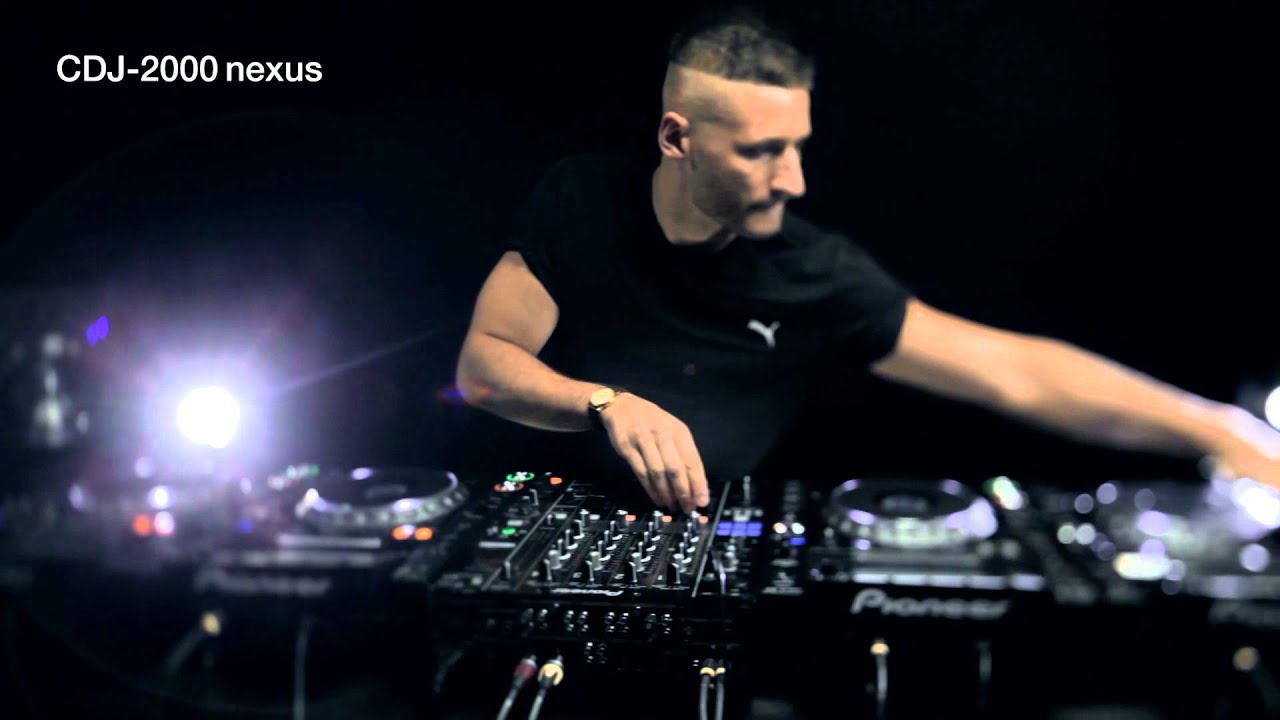 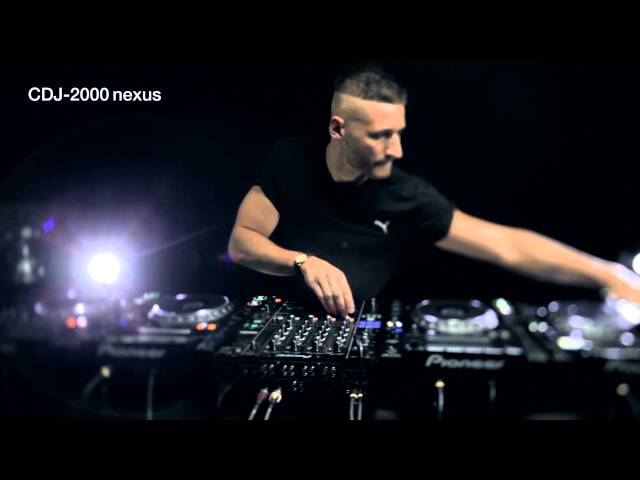 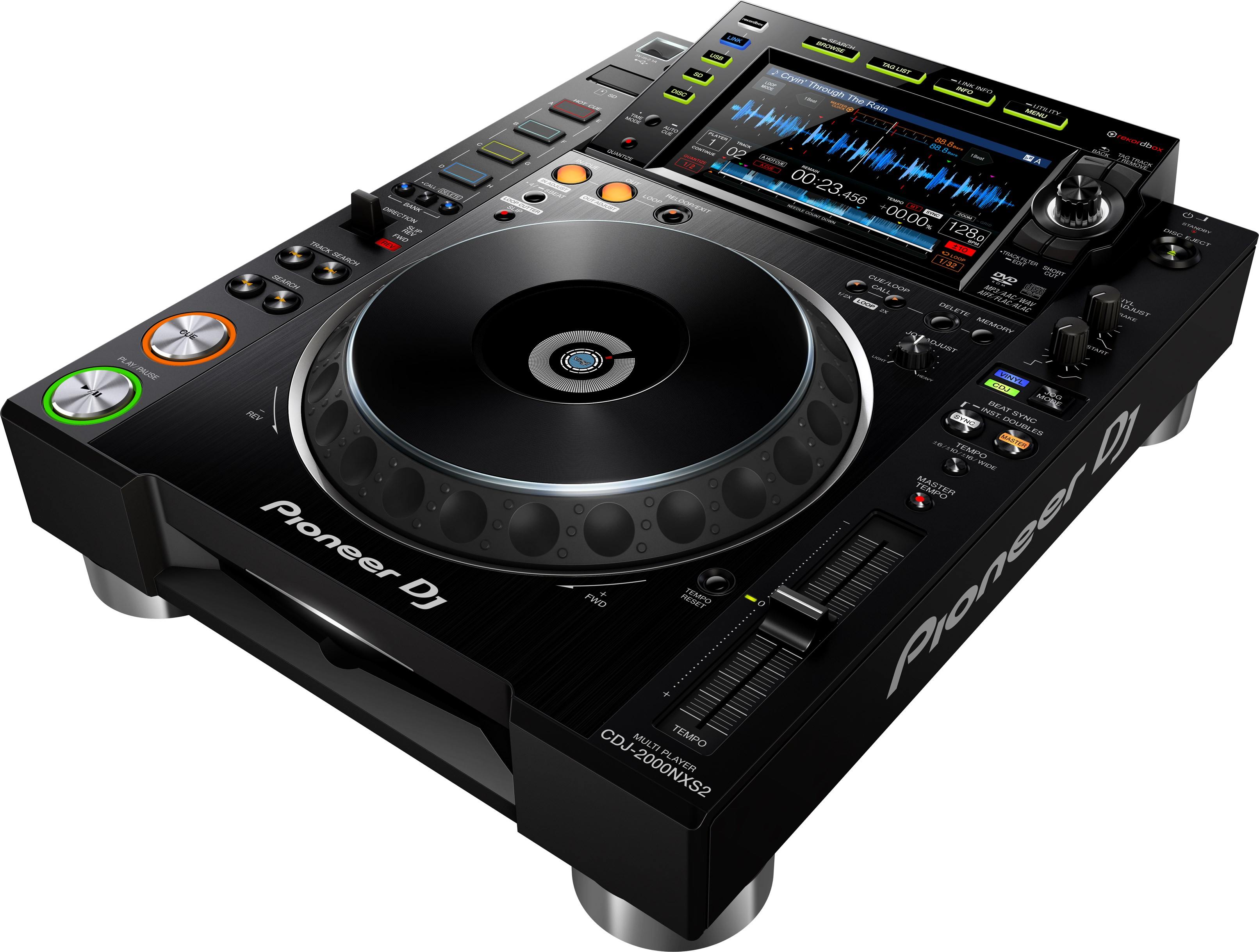 Pioneer CDJ-2000 Nexus Special Offers When bought with this product 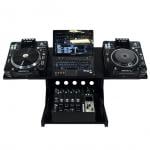 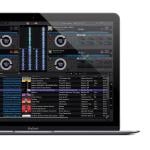 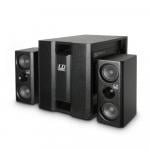 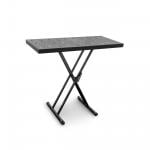 DJkit is excited to present Pioneer’s CDJ-2000 Nexus.  The Pioneer CDJ-2000 Nexus is the industries first piece of kit to run with Wi-Fi connectivity, making it easy for DJs to sync their set with pre-planned tracks and mixes on rekordbox.

The Pioneer CDJ-2000 Nexus has a similar layout to its classic, professional standard predecessors. A few new adjustments include an anti-scratch panel, which keeps the kit looking slick and prevents deterioration. The metal Jog Wheels and pots alongside white lighting create a premium and professional look, easily distinguishable in the booth.

Pioneer has installed the CDJ-2000 Nexus with professional standard audio circuitry and a built –in 24-bit/48 kHz sound card. This will give your set a clear, striking tone at the loudest volumes. In addition to this the LAN port design now makes it impossible for plugs to enter the wrong ports, reducing hassle and potential damage. Pioneer have now fitted the CDJ-2000 Nexus with an IEC connection, meaning that your tracks and sets will be played at the greatest quality sound.

DJs can now use their Pioneer CDJ-2000 Nexus to sync with their rekordbox DJ software.  This is a revolutionary new way of preparing for sets, and allows DJs to use BPM analysis, Hot Cues, Loops and Beat Grid to prepare for a set on their ipad/iphone/ipod or Android smartphones and tablets.
The New Beat Sync feature helps free DJs up to get more creative with loops and scratching by taking beats from the rekordbox DJ software and snapping them to the beat of the master deck.

Pioneer DJ has taken the 6.1inch full colour LCD screen from the CDJ-2000. This gives the DJ a clear view of all tracks and artists: even providing them options as to how the tracks should be presented on screen (cover art etc.,).

The Pioneer CDJ-2000 Nexus features revolutionised track information to help drop beats with ease. The large LCD display now shows vastly more information than ever before. Such information includes a Phase Meter. The Phase Meter allows DJs to follow the beat in a bar, comparing with the master deck along the way. The Key Analysis Indicator uses a traffic light system to symbolise the compatibility of musical keys between tracks and the master deck. In addition to all of these cool new features, the CDJ-2000 Nexus is also fitted with a Beat Countdown which can now use rekordbox to mark important points in a track.

Not only is the Pioneer CDJ-2000 Nexus fitted with Wave display, which lets DJs view peaks and troughs within tracks, the Nexus is also fitted with the Wave Zoom function. This piece of kit is the first to feature the Wave Zoom, which gives you, the DJ a more precise awareness of cues and loops, ensuring that you never miss a beat

The CDJ-2000 Nexus also comes fitted with Pioneer’s best ever Master Tempo, with innovative new algorithms to lock the tracks pitch whilst tempo is manipulated.

On top of these exciting innovations, the CDJ-2000 Nexus is now jam packed with lots of little features that will bring a breath of fresh air to your DJ’ing experience. Such small pleasures include an Emergency Loop feature, for salvaging those moments of horror after accidental disconnection, Slip Mode which noiselessly continues track playback during a loop and Active Loop where DJs can use rekordbox to create an active loop to avoid being caught off-guard ever again. Additional features include Improved Quantize, Hot Cue Auto-Load, Last Track Played and Rating on the Go.

The Pioneer CDJ-2000 Nexus is a feature packed, professional piece of kit that is super easy to sync with other devices in a revolutionary new use of the rekordbox software.

Music files can be analyzed with “rekordbox™” installed on a computer, music can be managed (settings, create/edit, save logs) in the optimum way for DJ play, and the music to be used can be prepared in advance. The “CDJ-2000nexus” features new music file analysis functions such as “WAVE ZOOM (waveform expansion)” and “KEY” as well as new “ACTIVE LOOP” and “HOT CUE AUTO LOAD” settings.
By using an iPhone with the rekordbox™ for (iOS) installed, the iPhone can be used for preparation and management of music used in DJ play through features such as playlist creation, cue/loop point settings, beat location settings, waveform analysis, and so on. Also, by wirelessly transmitting to an iPhone music that has been managed with the “rekordbox™”*4 for Mac, preparations can be made while on the move or at one’s destination, and music information configured on iPhone can be wirelessly transmitted*3 to computers.

By connecting multiple players (up to 4 units) with LAN cables, various new functions have been added to expand the scale of DJ performances alongside the existing content-sharing functions.

The “CDJ-2000nexus” adopts a large 6.1-inch full-color LCD to clearly display information that is required when performing DJ play. Music artwork and large quantities of music information are displayed in lists, and the intended music can be found easily and intuitively. In addition to the existing “WAVE” display that provides a visual understanding of all music, “WAVE ZOOM” makes it possible to instantly grasp the preceding music development by displaying waveforms that can be expanded/minimized to five different levels color-coded according to bandwidth.

A black aluminum finish has been used for the top panel and a silver aluminum jog plate to provide a more premium feel.
SLIP MODE
The “SLIP MODE” function keeps music moving in the background during LOOP/REVERSE/SCRATCH/ HOT CUE/PAUSE. This makes it possible to produce bold musical arrangements without changing the progress of the original music even after these functions have been used.
QUANTIZE
The “CDJ-2000nexus” is loaded with a QUANTIZE function that automatically and accurately quantizes when using LOOP/REVERSE/HOT CUE, even if the dynamic of the beat has gone out of sync. This enables reliable performance without breaking the rhythm of music during playback.

My Settings function for immediate access to personal preferences

The function settings of this device can be saved to USB storage devices, SD memory cards, smartphones and tablets, and can be applied to this device as necessary. In addition, “CDJ-2000nexus” settings can be made on “rekordbox™” and sent directly to this device, which means that you can instantly switch to your own settings when prepared in advance when alternating DJs.

A new algorithm has been adopted to deliver sound quality that is more faithful to the original tone, even when there are drastic shifts in tempo during playback of wide-ranging music. This enables high-quality mix playback even when there is a big difference in track tempo.

While inheriting the audio circuit from the “CDJ-2000”, this new device delivers a powerful sound that is stable even in high-volume environments such as DJ booths by means of improved anti-shock properties and reduced contact resistance through the adoption of a type of AC inlet that has a large power cable contact area. A clear and powerful sound that is faithful to the original has also been realized by reducing jitter to 1/4 through the high-precision engineered clock of a high-performance D/A converter produced by Wolfson Microelectronics, adoption of a high sound quality operational amplifier, and digital noise reduction of power sources.

Support for various media and formats

A wide range of media and formats are supported to suit various styles of DJ play. As well as smartphones/tablets, music files can also be played from USB storage devices such as flash memory and hard disks, SD memory cards, audio CDs and DVDs. MP3, AAC, WAV and AIFF file formats are supported.

In Online Mode, Scratch Live functions will automatically link to the corresponding buttons and keys of the CDJ-2000nexus player when a computer running the software is connected through the players’ USB connection. In addition, functions such as tempo adjustment, play/cue and loop can be made without a computer keyboard or mouse. The built-in color display of the Pioneer CDJ-2000nexus will also indicate detailed track information from the Scratch Live software. Text, album artwork, waveform, cue/loop points and other information of a track will be shown on the CDJ-2000nexus color display, resulting in quicker visual communication and enhanced DJ performance for the user. In addition, checking playback status and selecting tracks can all be done directly on the CDJ player, minimizing the need to browse through a computer screen.
The Version 1.13 firmware update for the CDJ-2000nexus to support the new Scratch Live Version 2.5.0 software is available at Pioneer DJ’s support site, http://pioneerdj.com/support/.
Scratch Live 2.5.0 is a free software download available from http://serato.com/scratchlive/downloads. 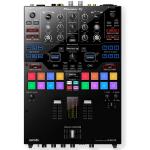 Seen a video for Pioneer CDJ-2000 Nexus? Send us the URL and published videos will receive loyalty points!