Posted by DJkit Marketing – 5 years ago

Back in the day, newcomers to the world of DJing had little choice when it came to hardware. Truth is, there was a pretty steep learning curve to navigate and a distinct lack of intuitive equipment to make the job easier. Not that there isn't much to be said for the traditional approach to DJing, which always has been and always will be considered superior by purists.

Nevertheless, getting started these days has never been easier. Even if you haven't got the slightest idea what you're doing, a quality DJ controller from one of the market's leading brands can make everything so much simpler to grasp.

Scratching, mixing, controlling effects and generally putting on the kinds of performances you've always known you're capable of. All courtesy of a simple yet hugely effective controller.

So if all of the above sounds good and you'd like a gentle nudge in the right direction, we'd recommend checking out any of the following as a great starting point for any newcomer to DJing: 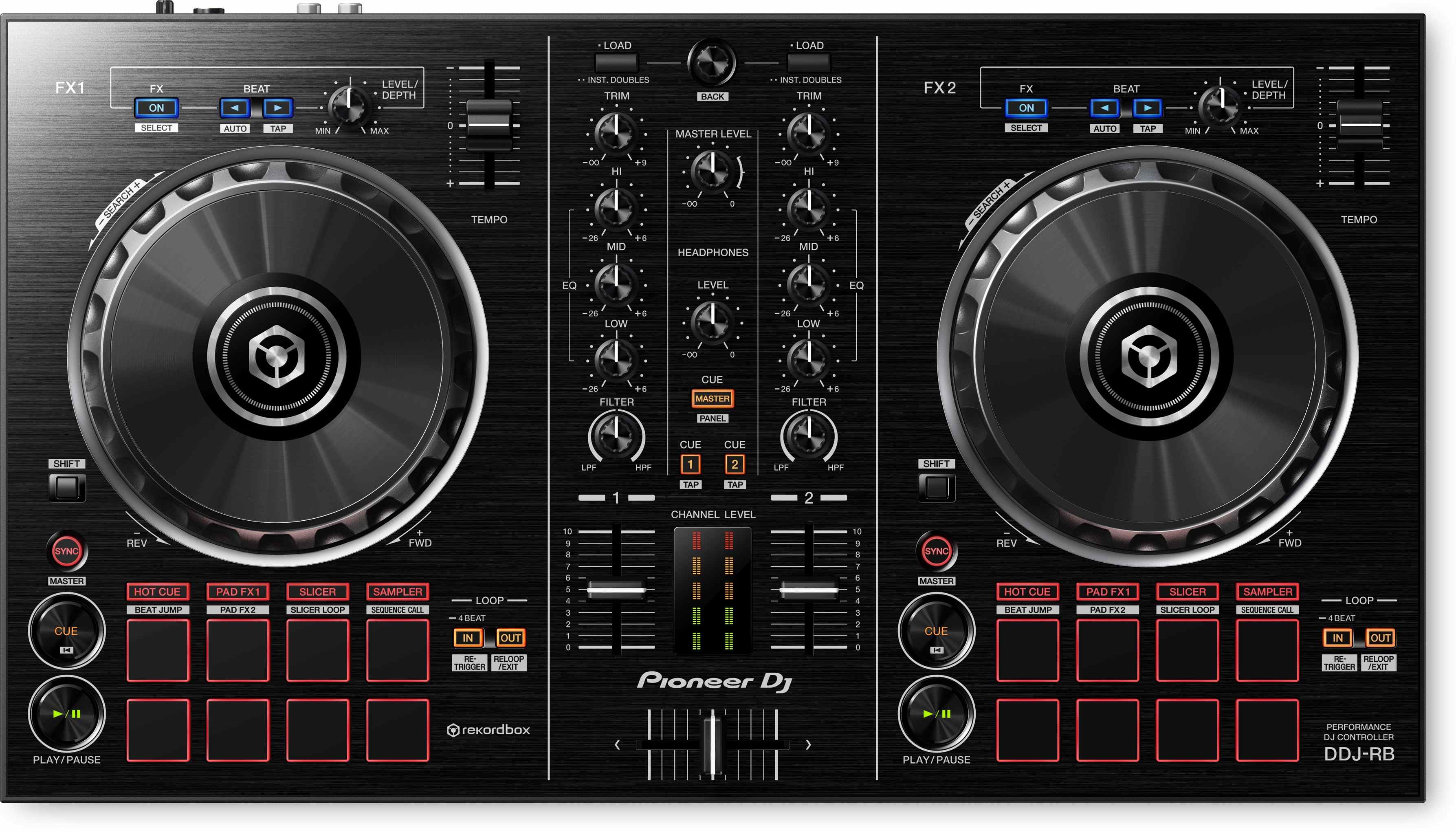 First up, if you're interested in getting started with Pioneer's world-famous Rekorderbox DJ performance software – which of course comes highly recommended – you might want to pick up the Pioneer DDJ-RB. For one thing, the price includes software that would usually cost £99 thrown in free of charge. So in essence, you're paying less than £120 for the controller. Nonetheless, what you get for this tiny price is a lightweight, flexible and incredibly capable controller that's on par with professional decks for ten times this price. It's also supremely simple to use to as a first-timer. 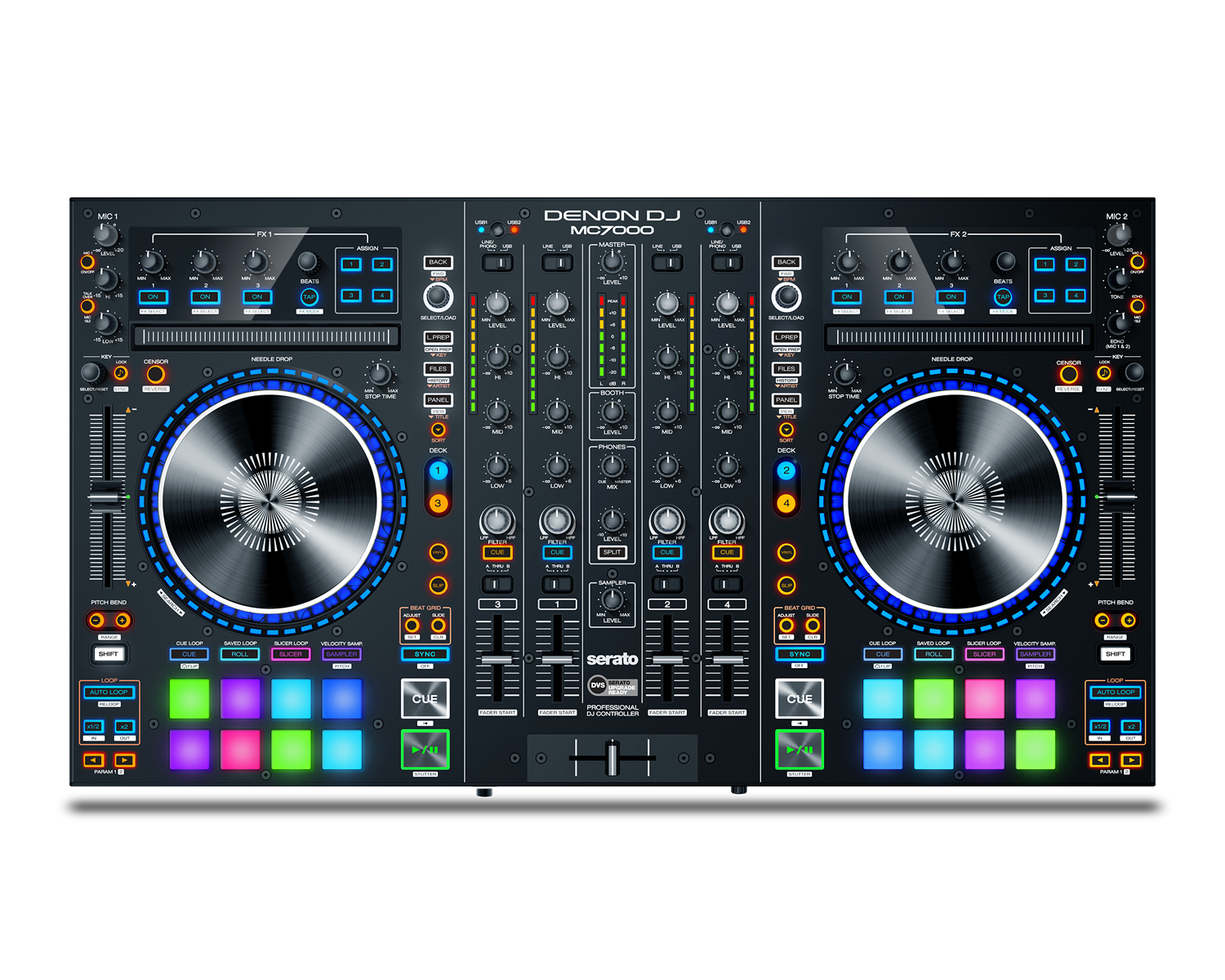 If you don't mind spending a little more, you could always go for the kind of controller that'll do you proud when you finally go pro. The Denon DJ MC7000 being exactly such a deck – the perfect piece of kit for mobile and club DJs, along with live performances of the highest calibre. It may be slightly pricier, but what you get for your money is a wonderfully dynamic and intuitive controller with Denon DJ's legendary build quality and superior 24-bit audio reproduction. As good as it gets in every department that matters. 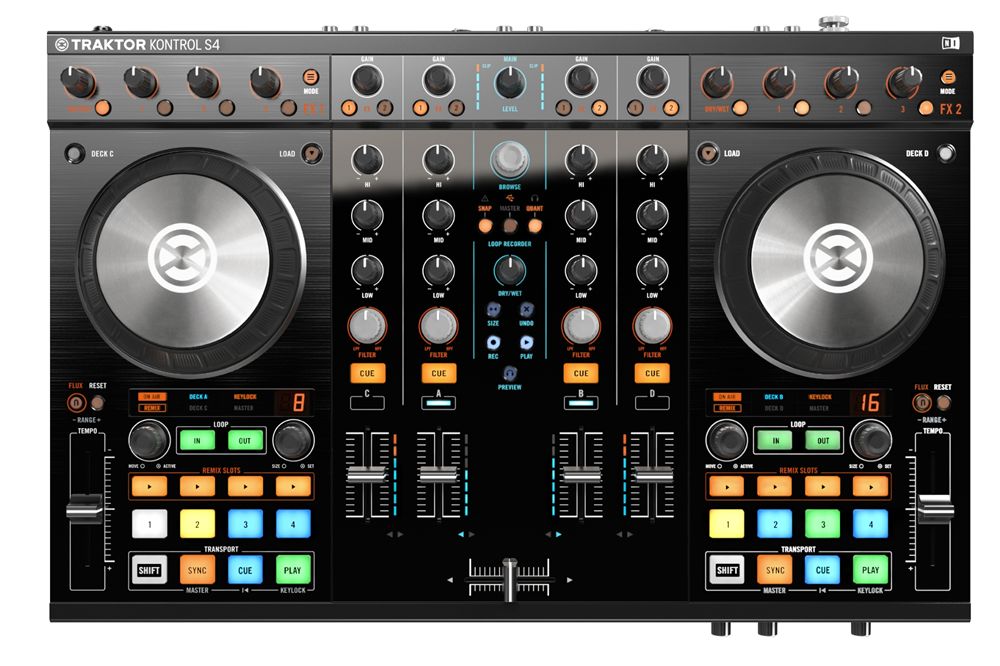 There was a fair amount of fanfare when the Traktor Kontrol S4 Mk2 first landed…and it's not hard to understand why. It is, in short, one of the most outstanding midi software controllers on sale anywhere in the world right now by a pretty huge margin. Easy to use, packed with cutting-edge hardware and designed for touring/travelling performance artists, the Traktor Kontrol S4 Mk2 impresses on the kind of level that's hard to beat. 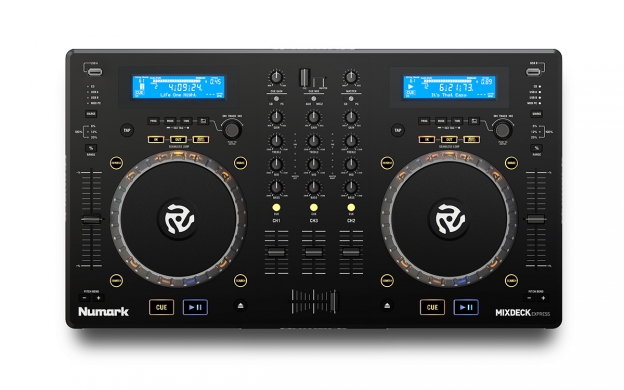 Last but not least, the biggest claim to fame boasted by the Numark Mixdeck Express is that is can play almost anything…literally. This ground-breaking unit allows you to play standalone through different media, plus connect to a laptop. Given that it's the kind of deck you buy once and will probably never have to replace, the £500 price makes it something of a bargain. Designed to be as user-friendly and intuitive as possible, it's just as well suited to beginners as it is to the most established professionals and performance artists.