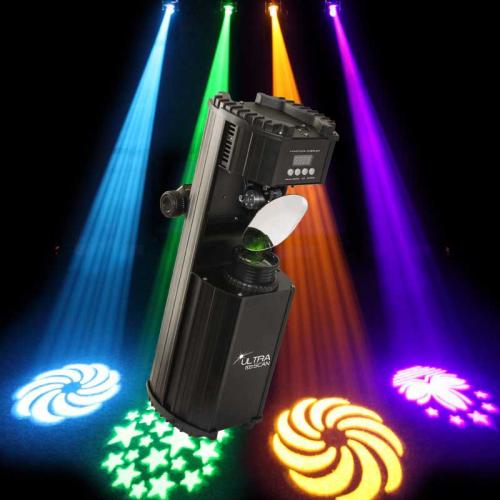 Equinox Ultra Scan 25W
High Power LED Scanner
£145.00 inc. VAT
James
Bright, Feature-Rich and Lightweight
I've had my reservations about lower power LED's after seeing the likes of 50W movers (so just bought 1 of these to try with), but I have to say in my small/medium shows, these are spot on. They may not seem as bright at first, but that could be because there's not as much light spill and the colours & shapes have a much sharper appearance. My personal opinion is that these are somewhere between a 150W and 250W ELC, whereas a newer 25W CREE, might be closer to that 250W ELC. When set to open white, you can almost not tell the difference between my old XP2 and these. For the money, you absolutely can't beat this unit in any spec. As other reviewers have said the only real minus is that the steppers aren't as accurate as those in some other lights. 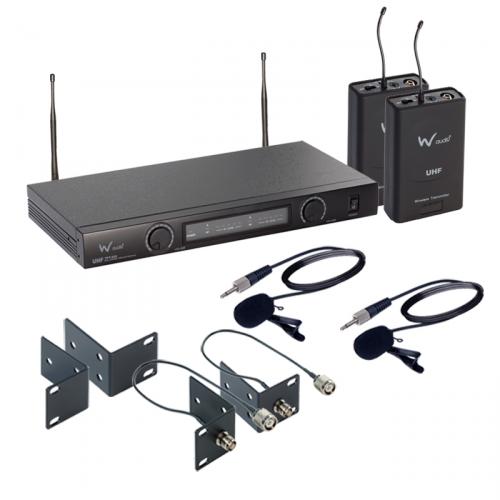 W Audio TPT-202 Twin UHF Lapel Mic System (863.65/864.82)
£109.00 inc. VAT
James
Great range, great control, great sound
I have used this set for a couple of events now and so far it has been a pleasure. Considering the price, you really do get the full kit here. The whole set comes in a box with foam inserts that can be reused if you don't have it rack mounted (like me), but on the flip-side it comes with a complete rack-mounting kit with adaptors that bring the antennas to the front. On to the microphones itself, they sounds pretty good. They can be a little muddy sometimes, but this can be resolved for the most part by getting the microphone positioning right on the user and also some tweaking from your mixer/desk. My only complaint really is that one of mine I've found the microphone chassis to come a little loose and this creates unnecessary 'rustling'. A simple solution is to just to put a little bit of tape under the microphone boom. The range seems pretty good with no black spots found so far during my events and they have zero noise or popping when the user switches the microphones on/off. The receiver unit has two antenna connections (one for A and one for B) as well as a mixed Unbalanced output and also separate A and B channel balanced XLR outputs. You really can't go wrong. It also features a Power LED, 2x RF LED's (for when a microphone is switched on) and also a VU for both channels along with Gain controls for each too.
Peavey Messenger PRO Sub MK II
Passive 15" PA Subwoofer
£129.00 inc. VAT
James
A powerful punch for your money
As with the Peavey Pro 15's I've reviewed, I've used these for a few events and complement the tops very well. Due to their slightly wider design, they produce decent bass for the size and again are quite loud in my opinion. When paired together with the tops you get a decent output. We ran these from some Behringer amps and they ran flawlessly. Again as with the tops, the design of them is fairly pleasant and also features the tear-drop handles for easy transport. For this price bracket, you can't get much better in my opinion.
Peavey Messenger PRO 15 MK II 4 ohm **ONLY ONE IN STOCK**
Passive PA Speaker 4 ohm
£129.00 inc. VAT
James
Well made and sounds great
I have used these for a few events now (along with the subs I have reviewed) and they are a great piece of kit. I personally think they sound nearly as good as the Wharfedale Pro's I've reviewed (SVPx15), but they do cost a little more. Along with the subs these produce a brilliant crisp high and also deep lows. On their own, they can be a little mid-heavy, but for some people the volume of these over some others might be what they need in larger venues. Again, the build quality is great and the design is quite pleasing. They also feature the large tear-drop handles which make it easy to carry them from vehicle to venue. 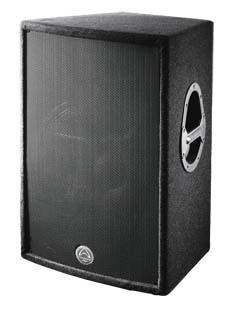 Wharfedale SVPX-15 Passive Speaker
£109.00 inc. VAT
James
Nice sound and packs a punch with value
I bought a pair of these speakers a while back now and have been using them since. The pair I got were ex-demo and were good value anyway, but even better with the ex-demo discount. I have to say that these sound great considering they are only 2-way and are plenty loud enough for small to medium venues. In fact, trying to find any speakers better than these for this price (or an even higher price) is difficult and I would easily consider Wharfedale Pro speakers in the future. My only quibble with them is that when on the floor, they can sound a bit boomy and tend to lose some volume, but they totally come into their own on stands/poles. I've even seen these used by other people in large open outdoor spaces before (on stands) and they were very loud and clear. 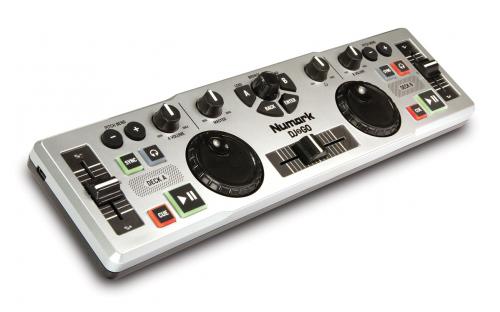 Numark DJ2GO
Portable DJ Controller with Virtual DJ Lite
£47.00 inc. VAT
James
Portable but well featured for it's size
I bought this little gadget around a year ago and have been using it for all my events with my laptop. It works a treat on Windows 7 and Windows 8 and I personally have used it with the Virtual DJ LE and also with the Virtual DJ Pro version. Despite it's size, it really does have all the features you should need for parties/weddings/discos etc. If you're a professional DJ in a club, then you should be looking at professional virtual decks, but otherwise this is great and will still let you create smooth mixes (albeit with a bit more effort than a professional deck). At this price, I really can't complain. The only minor for me is the way the jog wheels seem to switch mode between track seeking and scratching - this is more the software than the device though.
Trustpilot