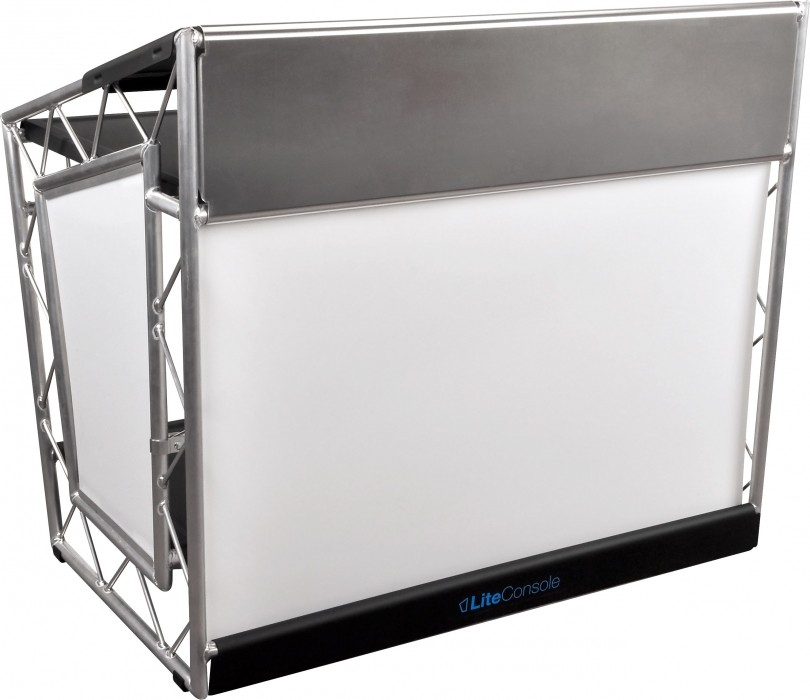 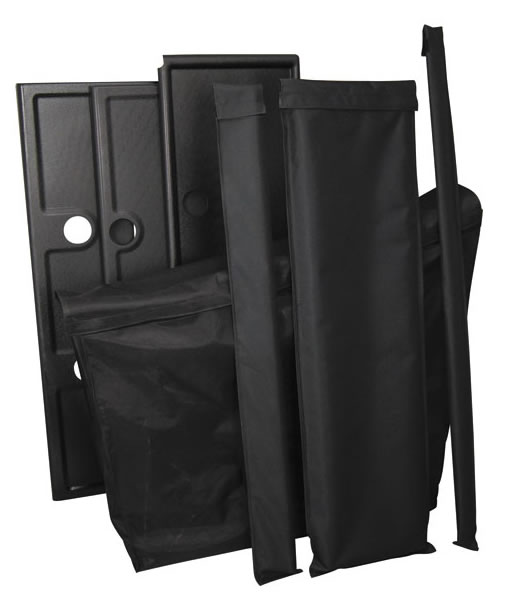 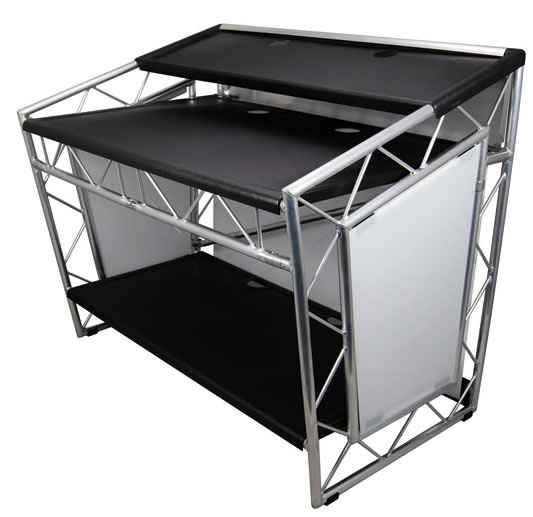 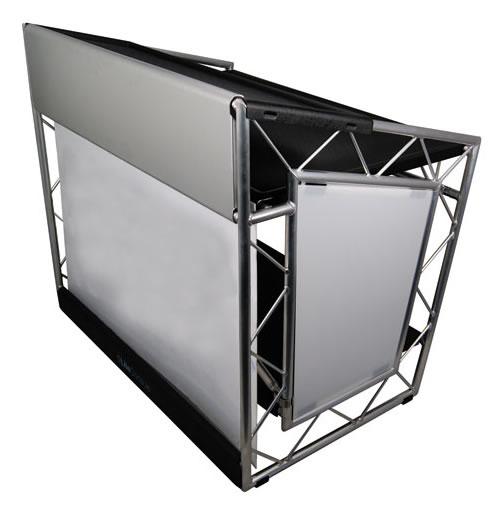 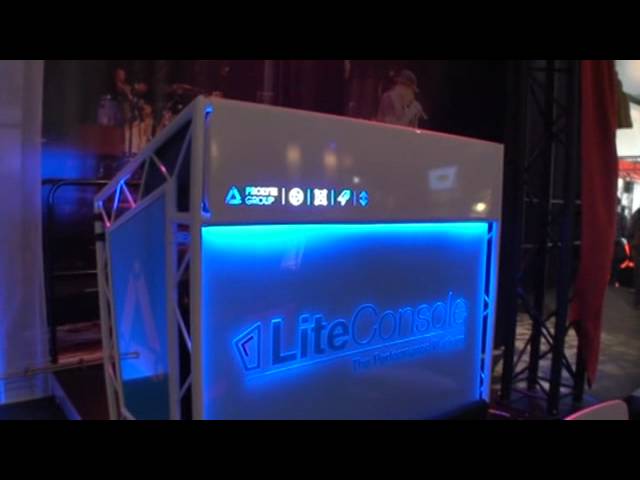 The LiteConsole XPRS Mobile DJ Booth is a sleek portable DJ Stand, with it's new design making the system even easier to assemble. LiteConsole XPRS is a high-impact visual soluton for any mobile DJ or Club DJ Setup, also it can be used for AV presentations, exhibitions and conferences with it's eye-catching design.

The XPRS DJ Stand combines all the most desirable features of LiteConsole in a sleeker, lighter package. The new design makes the system even easier to assemble â it now takes one person just a matter of minutes. The innovative folding frame design means the LiteConsole XPRS will flat pack and fit into an average car, thus leaving plenty of room for other equipment. LiteConsole XPRS is an extremely versatile podium structure that offers a portable and high-visual-impact solution for any number of applications from live musician and DJ performances, to corporate AV presentations, exhibitions, conferences and retail environments where it makes an extremely eye-catching stand.
The LiteConsole DJ Booth modules comprise of just six primary easy-to-connect sections. Standard modules are designed to house a logo panel, although this open space could feature a 50â PLASMA screen, back-lit corporate logo, LED panels, starcloth, or any other form of messaging.
The LiteConsole XPRS DJ Console comes as standard with side and front white perspex panels. These are semi-opaque, which allows them to be effectively backlit with any type of light source such as LED par cans, lasers and uplighters. Stand dimensions (unfolded):
Width approx. 133cm
Back height approx. 115cm
Depth at top approx. 95cm
Stand dimensions (folded):
Height approx. 90cm
Width approx. 16cm

Seen a video for LiteConsole XPRS V2? Send us the URL and published videos will receive loyalty points!