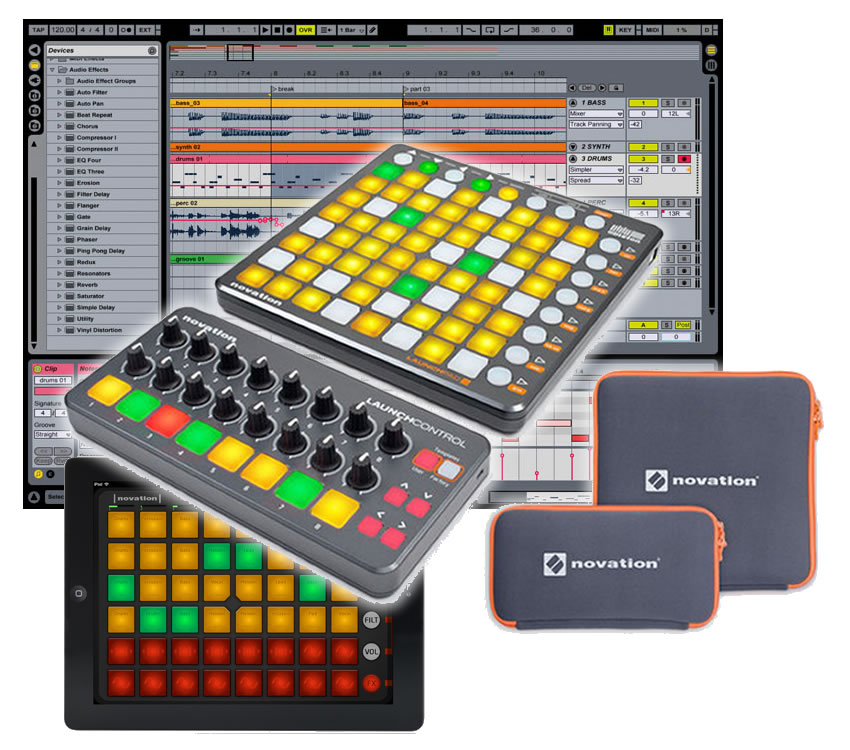 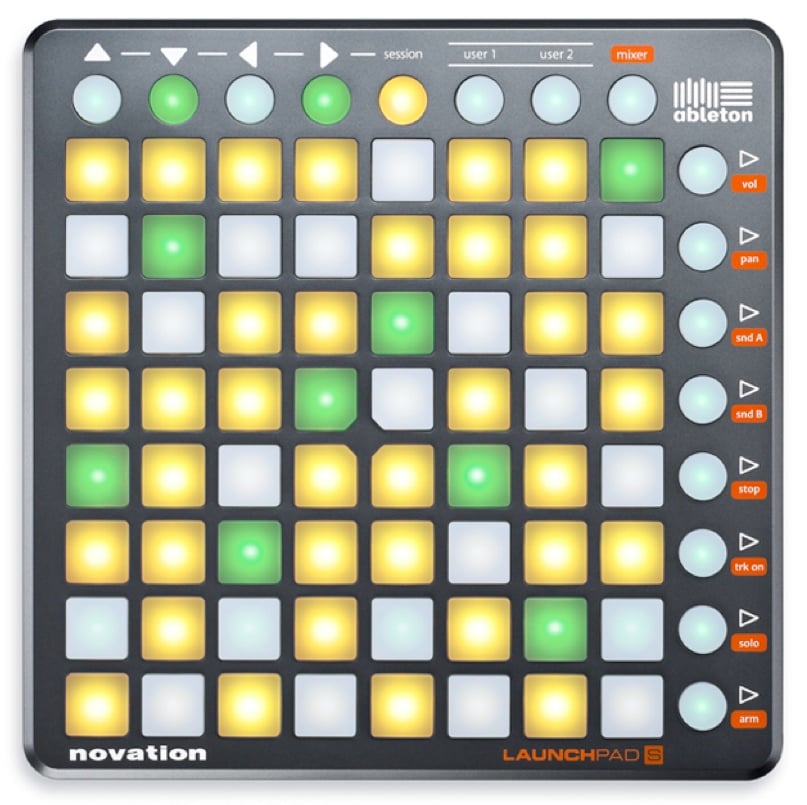 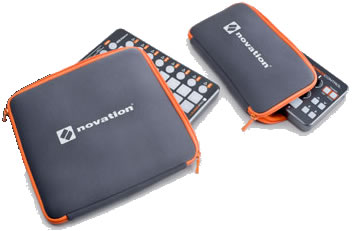 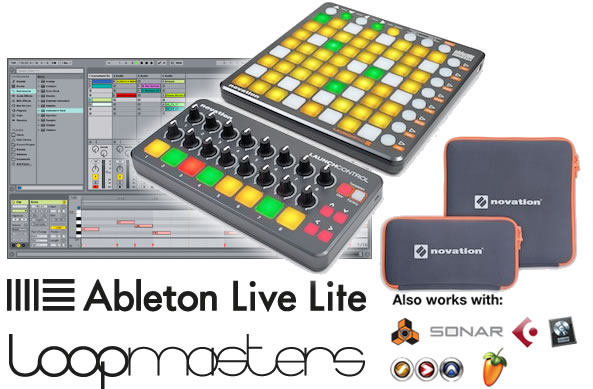 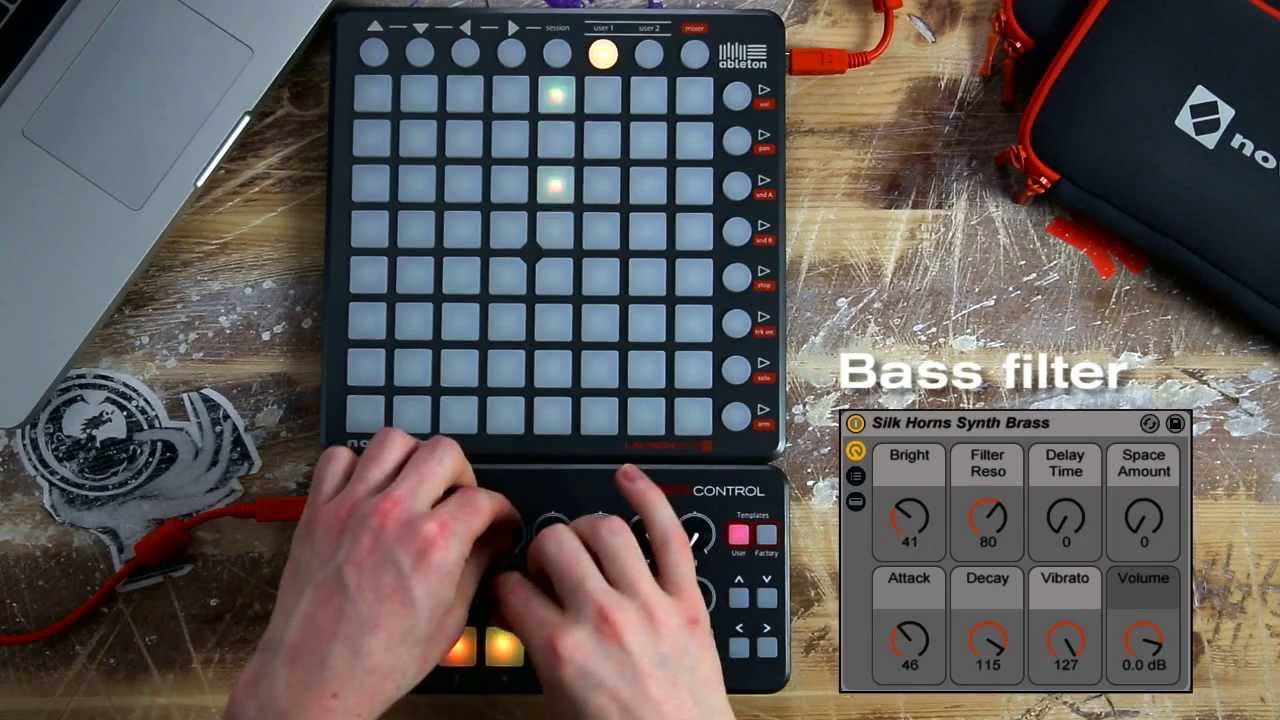 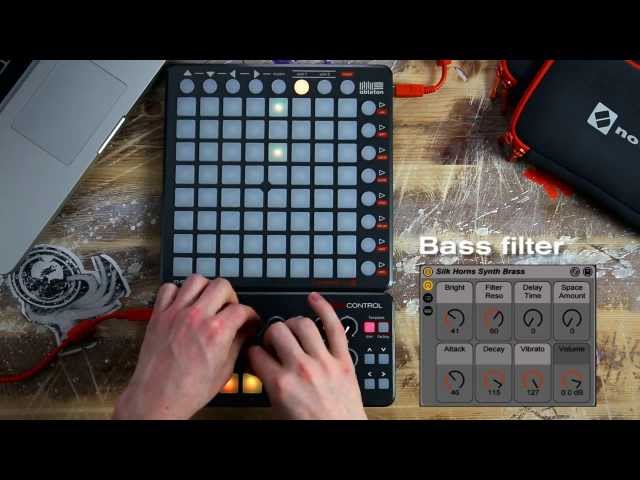 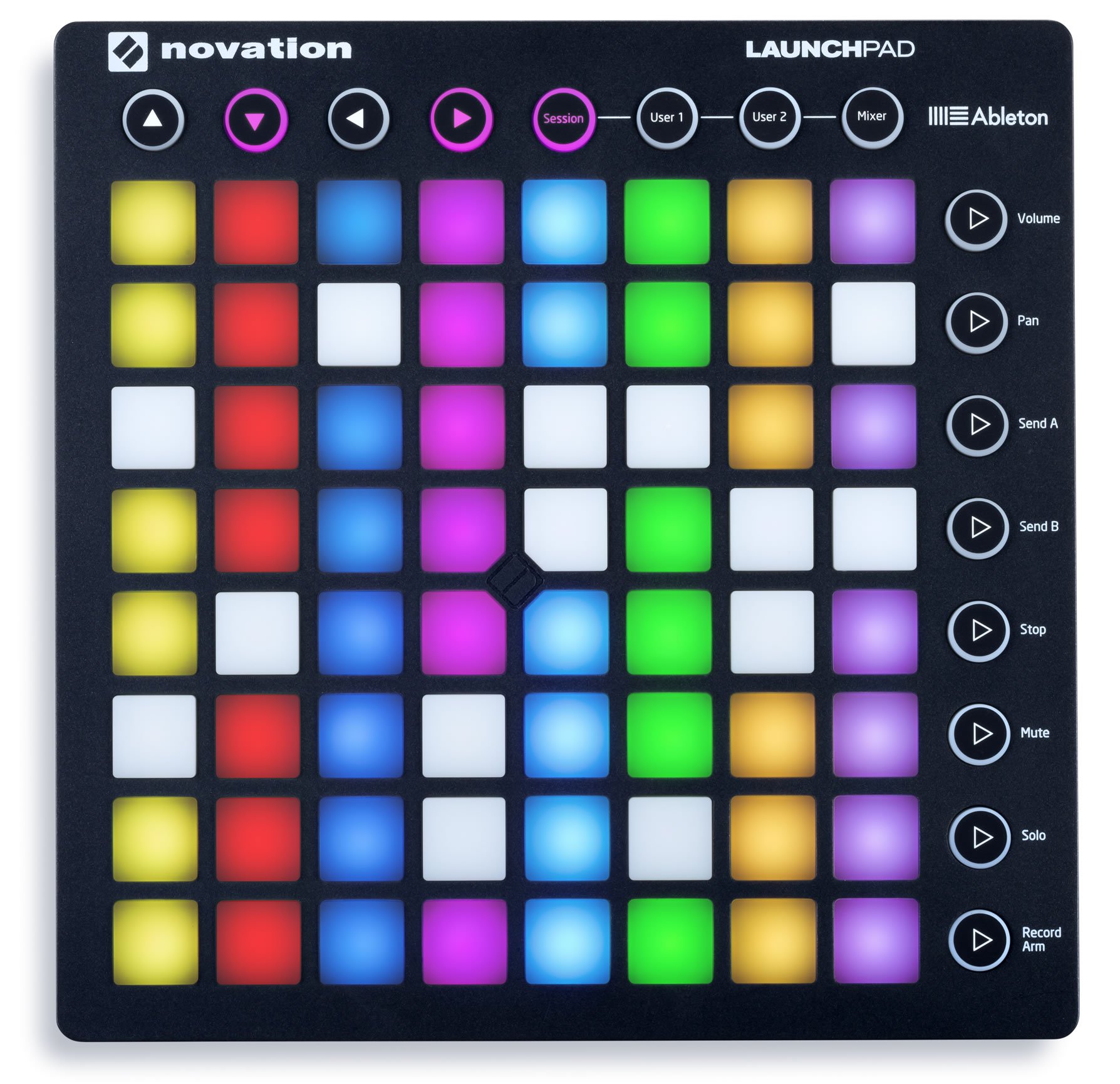 64-button music software controller Launch loops/clips, trigger drums and
samples, and control effects and volumes.
Brighter, faster and works with more software Launchpad S is an update to
the best selling original Launchpad.
Comes with Ableton Live Launchpad Edition Feature-packed version of
Ableton Live lets you create music straight out of the box.
Plug and play with FL Studio and other software Now including custom
software control overlays in the box.
Now supports iPad Launchpad S connects to iPadÂ® with the Apple Camera
Connection Kit â no drivers required!
New #1 iPad music app Trigger loops and remix on the fly with just a
Launchpad S and your iPad
Create and perform anywhere Launchpad S is bus powered, even from an
iPad, so you donât need to connect it to mains power!
Launchpad S comes with the Launchpad Edition of Ableton Live, so you can start
making music straight away. It also comes with custom overlays for using other
grid-based music software such as FL Studio.
Novation has developed a Launchpad iPad app that enables loop triggering and
effects from your iPad, independent of Ableton Live. Launchpad S can be
connected to, and powered by, an iPad using a standard Camera Connection Kit.
The app features a 1GB sample pack of brand new hand-picked loops curated by
Loopmasters, ranging from drum samples to artist packs across a variety of
modern genres
Perfect partner for Novationâs Launchpad, Ableton Live and FL Studio â plug and play
with the built-in mappings, create your own and MIDI-learn parameters.

Integrates perfectly with the Launchpad app for iPad â control volumes and filters
with the knobs, and trigger FX and clips with the pads.

Tough, portable and bus-powered â even from an iPad.

Eight factory templates and eight user templates allow you to create and save your
own control setups.

Comes with Ableton Live Lite â the music production software used by countless
leading artists to produce and perform â and an extensive Loopmasters sample
library.
Additional Product Text
:
Launchpadâs perfect partner
Novation Launchpad has changed the way musicians produce and perform music, with
instant access to a 64-pad grid of buttons. Launch Control adds 16 knobs, enabling you to
1
2
transform performances and studio workflow â and another eight three colour Launchpad
pads. Launch Control is ideal for hands-on control of your mixer, instruments and effects.
Launch Control and iPad
Use the
Launchpad app
with Launch Control on your iPad to trigger samples and effects,
letting you produce and perform music straight away.
Launchpad app upgrades will allow you
to import your own samples and share your creation with a growing fan base.
Launch Control
connects direct to your iPad with the Apple Camera Connection Kit (not included) and itâs
powered by the iPad.
Control major music software
Launch Control works with all major music software on Mac and PC and is fully class-
compliant, controlling MIDI-compatible software like Cubase, Pro Tools, Reason, Logic and FL
Studio with no need for drivers. Ableton Live Lite, the V-Station polyphonic soft-synth, an
extensive Loopmasters sample library and Bass Station soft synth are included.
Up to 448 controls
Launch Control doesn't just give you 16 knobs and eight launch pads. Eight factory and eight
user templates allow you to instantly take control of multiple instruments and effects
without remapping, whatever your software.
Physical Controls

IPAD - iPad2 or later is recommended. iOS 5 or above is required

Seen a video for Novation Launchpad S Control Pack? Send us the URL and published videos will receive loyalty points!

Do you own the Novation Launchpad S Control Pack? Why not write a review based on your experience with it.
Write a Review
1
0
0
0
0
Juan Carlos
Great value
For this price there isn't a better controller. It is also compatible with my ipad which give me plenty of mobility. I'm really happy.
HelpfulNot Helpful 0 found this helpful