Controller Keyboard with Launch Pads or iPad, Mac and PC 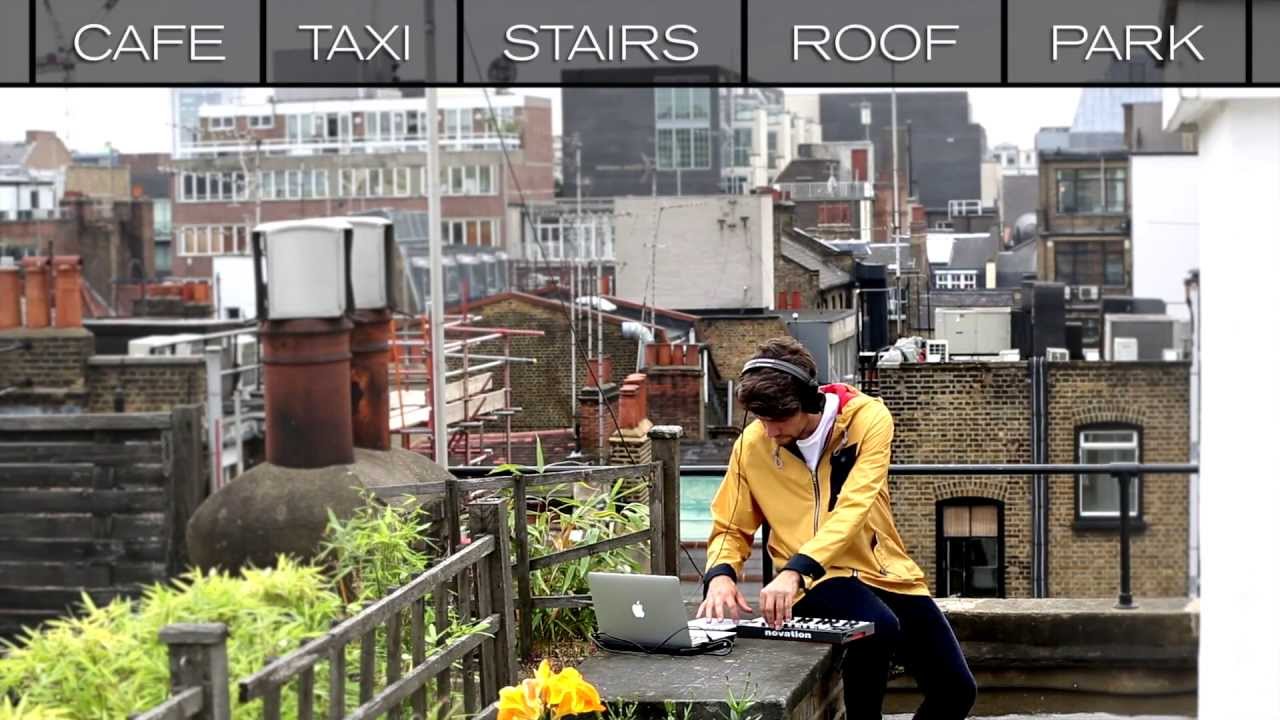 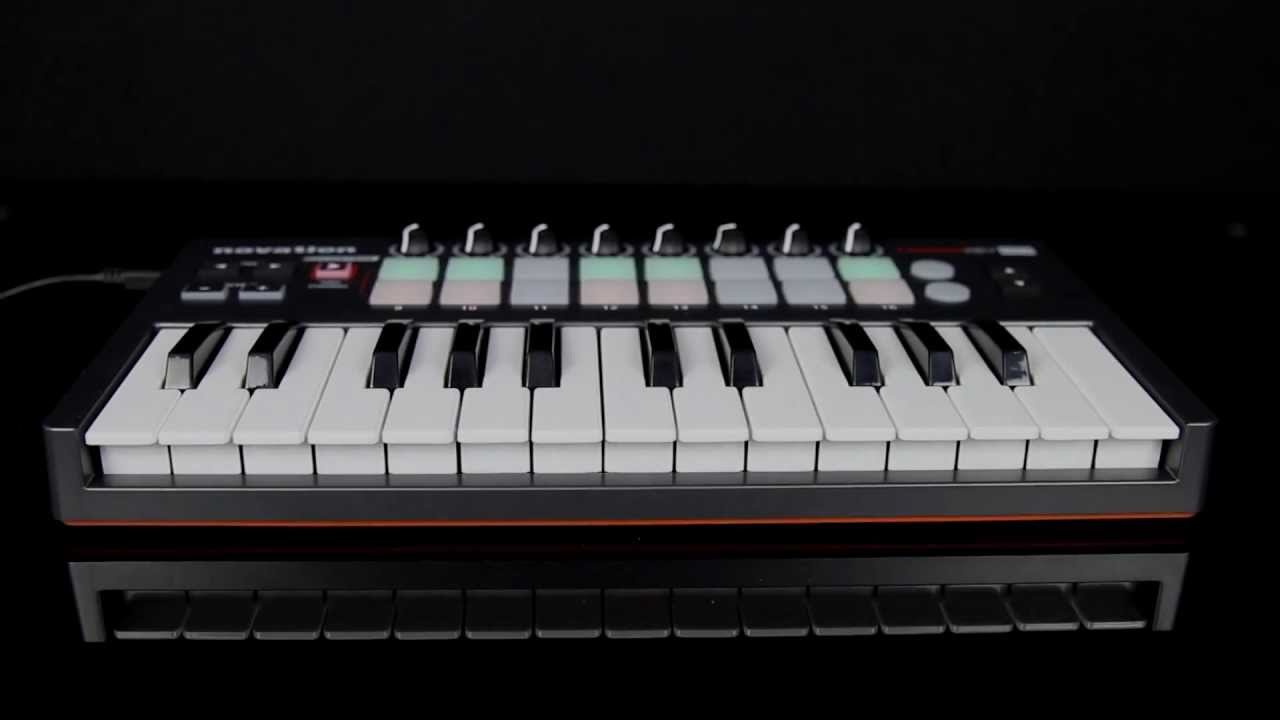 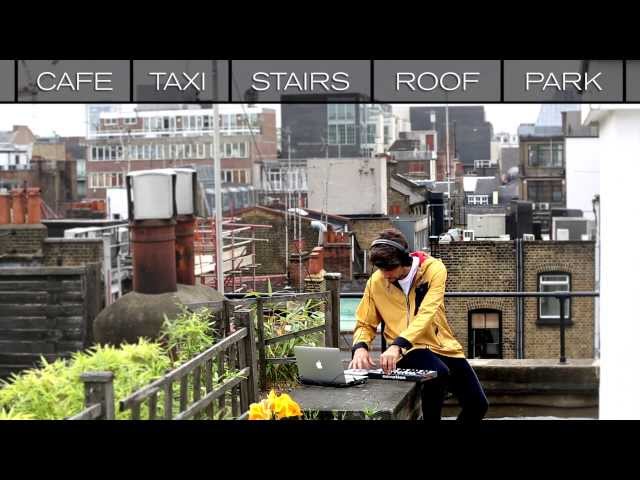 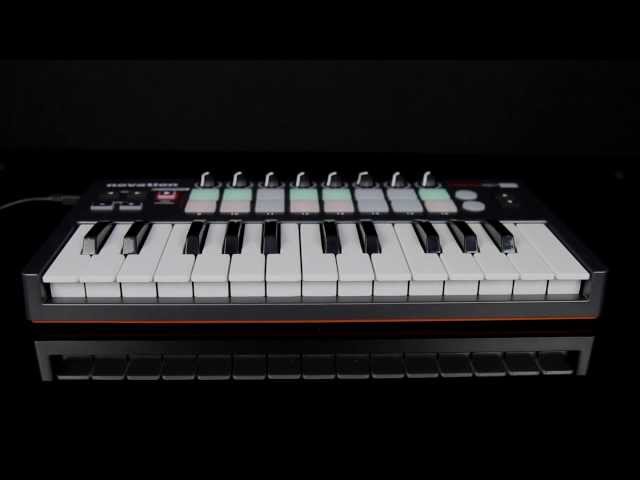 Launchkey Mini is a compact mini-key controller / instrument for iPad, Mac and PC featuring 16 velocity sensitive, three colour illuminated launch pads - use them to launch loops, sounds, effects, transport controls, and more.
Launchkey Mini also features a 25-note mini-keyboard, eight assignable rotary controls, seven function buttons, and a further two performance buttons. Compact and portable, Launchkey Mini is great for producing and performing at home or on stage. Launch your music â anywhere.
Launchkey Mini works immediately with the free-to-download Novation Launchpad and Launchkey iPad apps, and gives you hands-on control of major Mac and Windows based music software including Ableton Live, FL Studio, Pro Tools, Cubase, Reason, and Logic. Ableton Live Lite is included in the package, along with an extensive Loopmasters sample library, V-Station and Bass Station Soft Synths.
A keyboard and launch pad controller for iPad, Mac and PC
The latest in the growing family of Novation âLaunchâ products, Launchkey Mini is an instantly accessible mini keyboard and launch pad controller for a wide range of software apps on iPad, Mac and PC. Itâs a keyboard / DAW controller with 26 assignable controls, offering fuss-free hands-on control of major music software via Novationâs intuitive âInControlâ technology. The 16 launch pads are velocity-sensitive â use them to play drum sounds and samples expressively, as well as launch clips and scenes in Ableton Live.
Powerful iPad Apps transform Launchkey Mini into an instrument
Launchkey Mini integrates seamlessly with powerful music software apps for iPad, which transform it into a production and performance instrument. Use the free-to-download Launchpad app with Launchkey Mini on your iPad to trigger the included professional sample library and control effects, letting you produce and perform music straight away. Launchpad app upgrades will allow you to import your own samples and share your creation with a growing fan base.
The free-to-download Launchkey app for iPad is a synth filled with Novation technology, allowing you to control notes with the Launchkey Mini's keyboard while warping the sound with the knobs or via intuitive multi-touch control on the iPad's screen. The Launchkey and Launchpad apps sync together perfectly for simultaneous use â build beats on the Launchpad app and switch to the Launchkey app to sync an arpeggiator behind it.
Launchkey Mini connects directly to your iPad with the Apple Camera Connection Kit (not included) and itâs powered by the iPad â so there's no need for batteries or an additional power supply.
Ableton Live Lite, Bass Station, V-Station and Sample Pack for Mac and PC
As well as Ableton Live Lite, Launchkey Mini comes with the V-Station polyphonic soft-synth and the Bass Station software plug-in. You can use these as plug-ins within Ableton, FL Studio or other DAWs. There's also a sample pack supplied by world leading sample producers â Loopmasters. Get started straight away on your Mac or PC with over one gigabyte of loops including drums, FX and artist content.
Launchkey Mini Key Features
25-note mini-keyboard controller / instrument for iPad, Mac and PC. Fast action synth-style mini keys ideal for modern playing techniques
Â  16 velocity sensitive, three colour launch pads. Launch loops, samples, effects and more and get direct visual feedback.
Hands-on control of major Mac and Windows based music software including Ableton Live, FL Studio,Â Pro Tools, Cubase, Reason, and Logic via Novationâs intuitive âInControlâ technology
Launch your music anywhere. Launchkey Mini is fully powered by iPad or USB â no need for power sockets or batteries â and itâs ultra-lightweight and easy to carry
Knobs and buttons for total control. Eight knobs, seven function buttons, and two performance buttons to enhance and control your software in real time Free software for iPad, PC, and Mac. Launchkey Mini is a fully-integrated instrument out-of-the-box working seamlessly with the Novation Launchpad and Launchkey apps for iPad. Also Includes Ableton Live Lite, V-Station, Bass Station Soft Synth and Loopmasters sample pack for Mac and PC.
Launchkey Mini is a USB class compliant device. It is compatible with any operating system that supports USB MIDI device class 1.0. Launchkey Mini is 'plug and play' compatible with most modern computers and the iPad
Officially supported operating systems:
MAC - OS X 10.8 Mountain Lion and 10.7 Lion

Seen a video for Novation Launchkey Mini? Send us the URL and published videos will receive loyalty points!

Do you own the Novation Launchkey Mini? Why not write a review based on your experience with it.
Write a Review
3
0
0
0
0
Matt
Launchkey Mini great with the Launchpad Mini
Bought a Launchpad Mini a month ago and thought the Launchkey would be a great extra tool even though I can't play! I have used it with the Novation Launchkey App and use it with Ableton with my Novation Launchpad Mini and it is great. A must for anyone who wants to get into production and at only Â£79 a bargain. Again top class service from djkit.com and next on my list is the new Audio Hub to give me some more USB inputs and a better soundcard :-)
HelpfulNot Helpful 1 found this helpful
Aaron
notation launch key mini
Fantastic piece of kit
HelpfulNot Helpful 0 found this helpful
Lee
great buy for the price!!!
love it and it is 100% worth the money compared to prices of other midi keyboards *****
HelpfulNot Helpful 0 found this helpful