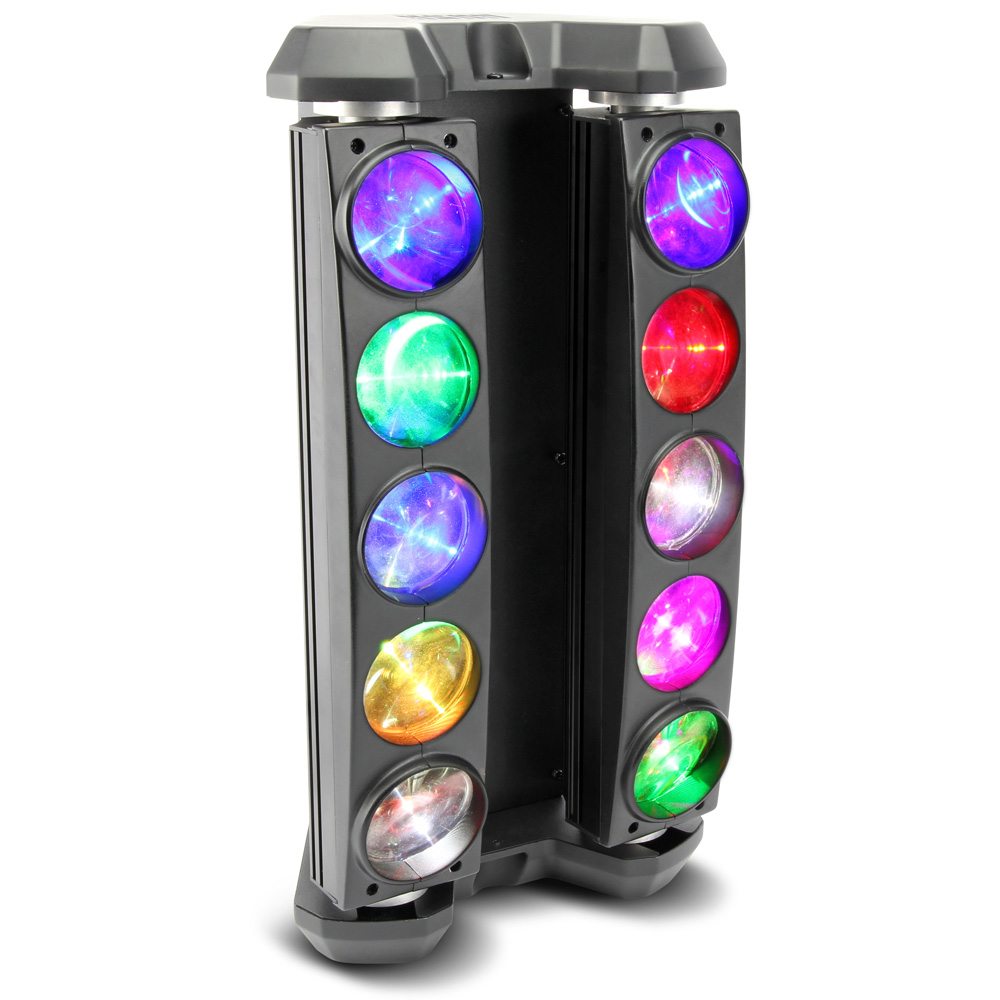 Seen a video for Martin RUSH Multibeam 2? Send us the URL and published videos will receive loyalty points!

Do you own the Martin RUSH Multibeam 2? Why not write a review based on your experience with it.
Write a Review
2
0
0
0
0
Karl
Amazing effect that is effective mounted in almost any position
When I unboxed this effect, it was roughly the size I expected it to be.... but, boy, was it heavier than anticipated! Really, REALLY tough plastic housing, with some metal - everything about it feels solid. The unit comes with 13 built-in shows, which of course can be used in sound active and master/slave mode. Each show is different enough from the last to ensure that this effect doesn't easily become boring and repetitive. The beams are bright, and their erratic projection and movement gives the Multibeam 2 an effect not too dissimilar to several small moving heads working in close proximity. The only downside (if it can be truly considered one) is that this effect NEEDS smoke to look its best; if you don't frequent venues that permit smoke, it's a lot of money to throw at something that's not going to reach its full potential. Naturally, the more units you have, the better the lightshow, but I think it performs very well as a stand-alone piece. This is helped by its ability to be mounted in a number of different ways, with each subtly changing the overall effect. It's an expensive light, but better in my opinion than the similarly-priced ADJ Kaos (which I'm not much for if I'm honest), and far superior to almost-identical offerings from Kam and Acme (which feature fewer and less powerrful LEDs). If you have smoke, and don't want to fork out for numerous moving head beam effects, it's worth the asking price!
HelpfulNot Helpful 0 found this helpful
DJ NEB
Martin RUSH Multibeam 2
A really cool looking effect from Martin. This would make every lightship look brilliant and give it that wow factor!!
HelpfulNot Helpful 0 found this helpful