The Traktor Kontrol S2 vs S3 vs S4 guide

Posted by Djkit Support – 2 years ago

The Traktor Kontrol S2 vs S3 vs S4 guide

With the launch of the new Traktor S3 controller, we thought we’d put together this quick guide on how it compares against the smaller S2 (Mk3) and larger S4 (Mk3).

The Kontrol S3 and S4 have Dual Layer controls to allow control of 4 decks in the computer based Traktor DJ 2 and Pro 3 software.This is done by changing either side of the deck controls from A to C or B to D. The Kontrol S2 only allows for 2 deck control. At present the Traktor DJ iOS app only allows for 2 decks to play at the same time. Both the Kontrol S3 and S4 have full length pitch faders for those wanting precise adjustment, the Kontrol S2 has a shorter fader. 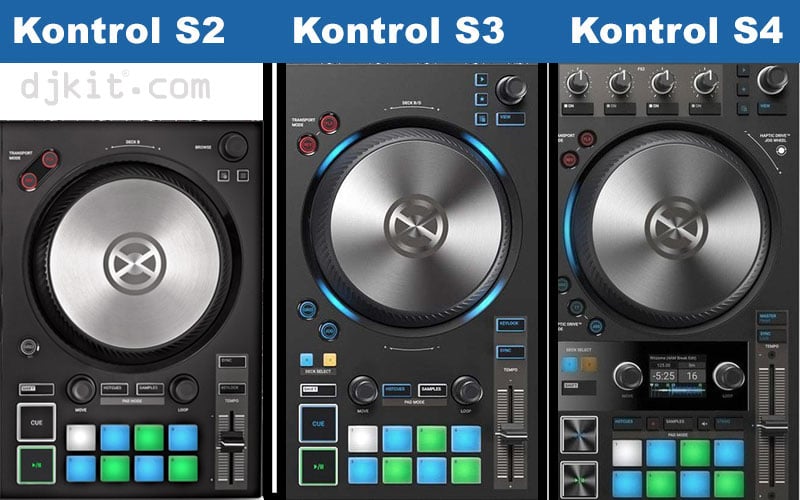 All three have the same type and size wheel, however only the Kontrol S4 mk3 has haptic drive. This is the new tech from Native allowing the wheel to spin like a platter and provide feedback for things like cue points and grids.

Something else you will only find on the Kontrol S4 is the small displays on each deck, these offer information like loop size, BPM and small waveforms.

Obviously the Kontrol S2 only has 2 channels where the S3 and S4 have 4. The two larger controllers also share a similar layout which is designed to be familiar to those using ‘club style’ mixers. Each channel has 3 band eq and a filter / fx knob above the channel faders.

The Kontrol S3 and S4 also have individual LED meters to show the levels of each channel.

The Traktor S3 has a mic and line input which are shared on one channel, so you will have to switch between them.

The S4 has 4 line or phono inputs and 2 mic inputs as well as crossfade curve adjust and assign.

The S2 only has a mic input with a level control at the rear. 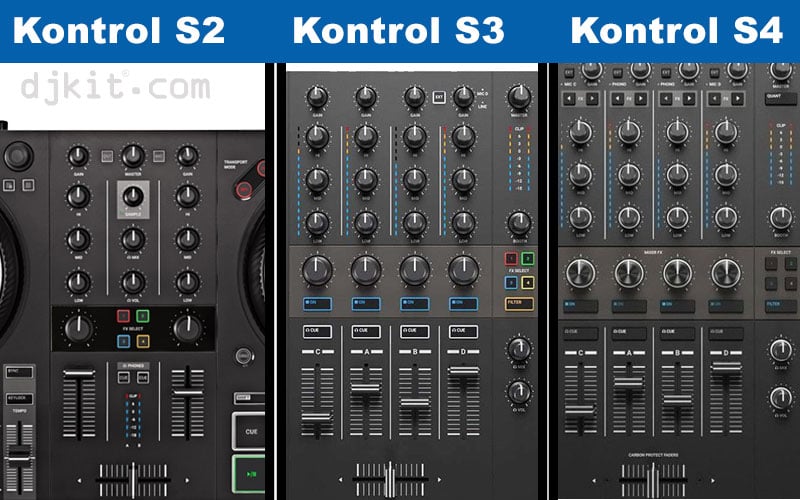 The Kontrol S3 has XLR and RCA outputs for the master as well as booth output on TRS. This is the same on the S4 where the S2 only has RCA outputs for master and no booth.

The Traktor Kontrol S3 also has a line input on RCA and Mic input on an XLR / TRS combi socket.

Where as the Kontrol S2 only has a mic input on TRS. 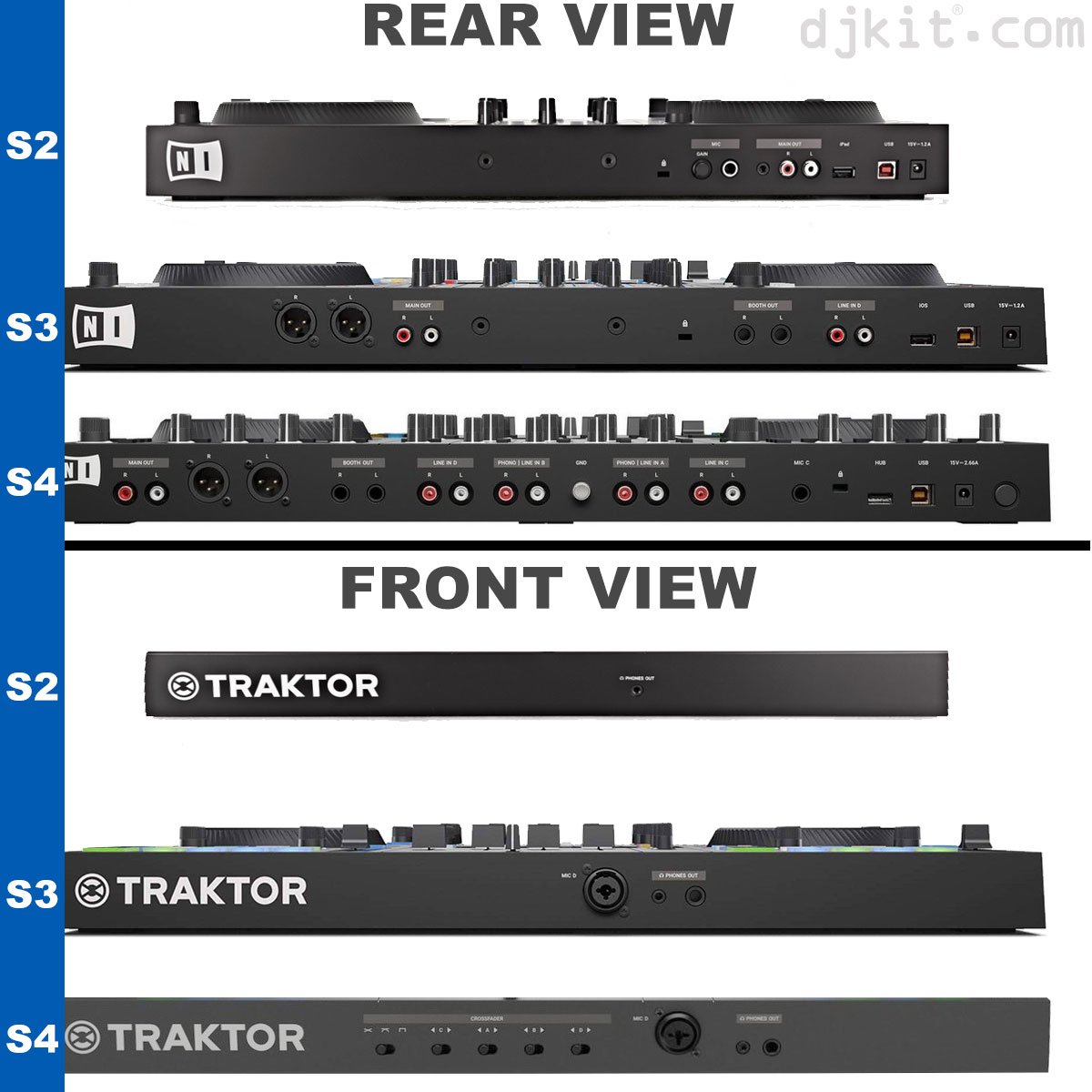 Is it Worth Learning to DJ with Vinyl?