Posted by djkit marketing – 2 years ago 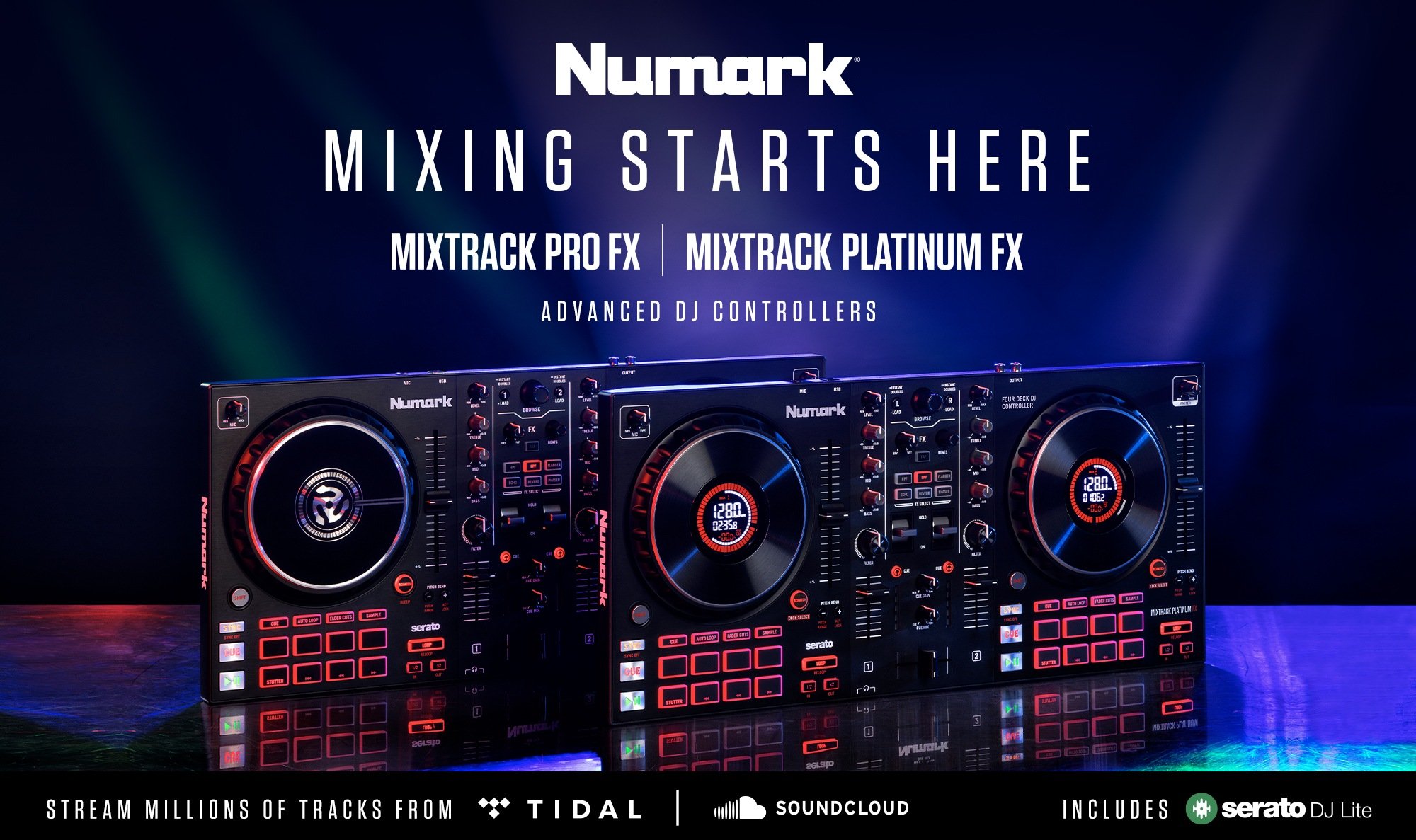 Numark have been at the forefront of affordable DJ’ing for over 20 years and were one of the first to release a USB DJ controller. Their last budget friendly was the Mixtrack Pro 3 which has now had an update to become the Mixtrack Pro FX, we’re going to show you how they compare.

There’s a slight change in size, the Mixtrack Pro 3 was 55cm wide and 23cm deep, the Mixtrack Pro FX is now a little less wide at 53.6cm and a bit deeper at 24.6cm. While it doesn’t seem like much, the small changes make the new controller a bit more proportional and likely be an easier fit in a case.

The most important size difference here is the jog wheels, the Mixtrack Pro 3 had a 5 inch wheel and the Mixtrack Pro FX now has an ergonomic 6 inch capacitive jogwheel with position marking. 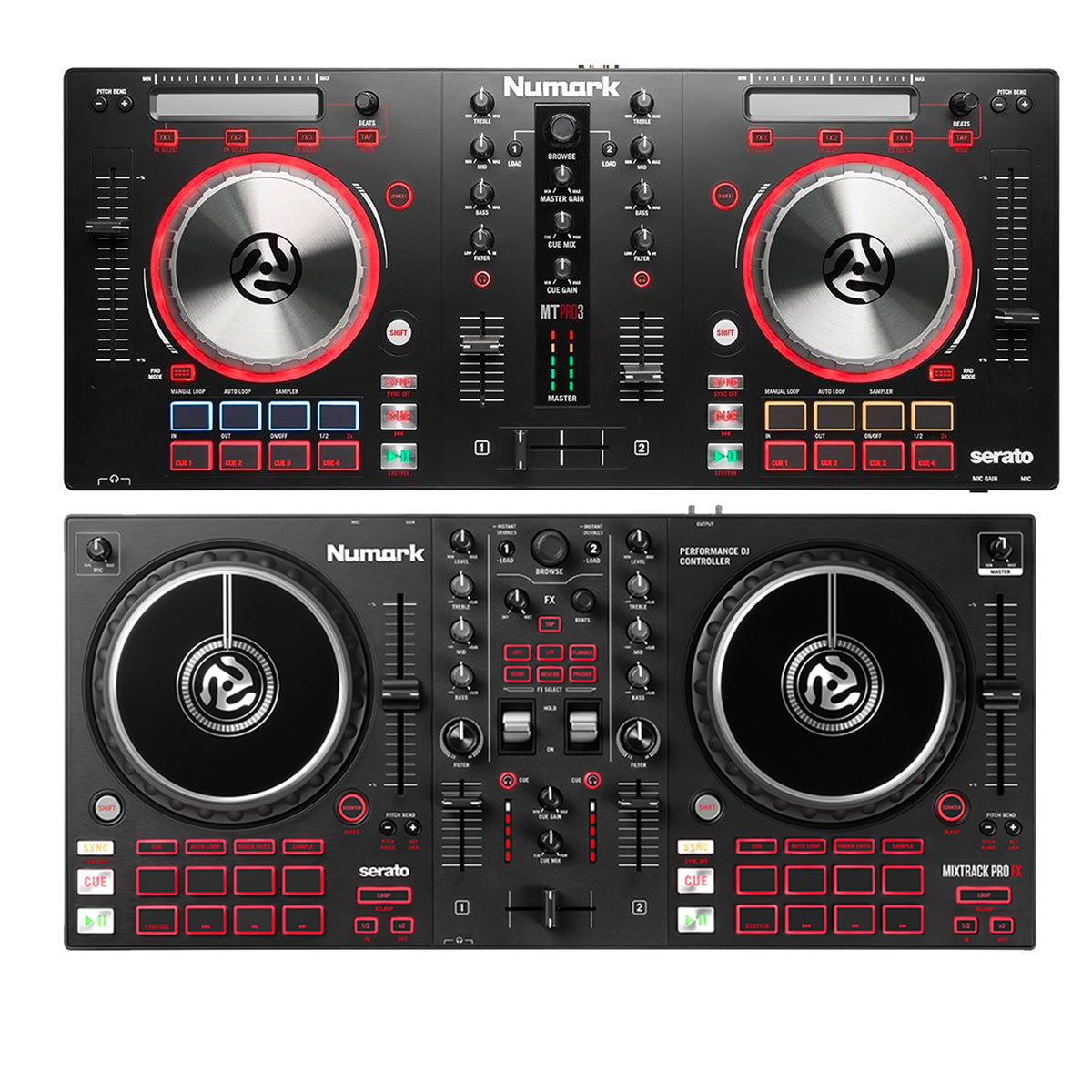 One major difference here is that the Mixtrack Pro 3 (and previous Numark controllers) has always been symmetrical with either side being mirror opposites. You’ll notice that the pitch faders are on the outside of the jog wheels and play cue buttons on the inside.

This means on the left deck the buttons and faders are on one side but on the right deck they’re in opposite positions.

Now with the Mixtrack Pro FX, Numark have finally switched to match other industry controllers with an asymmetrical layout so both deck controls are in the same positions.

The Mixtrack Pro FX now has dedicated loop buttons to easily set a loop and increase or decrease the size. 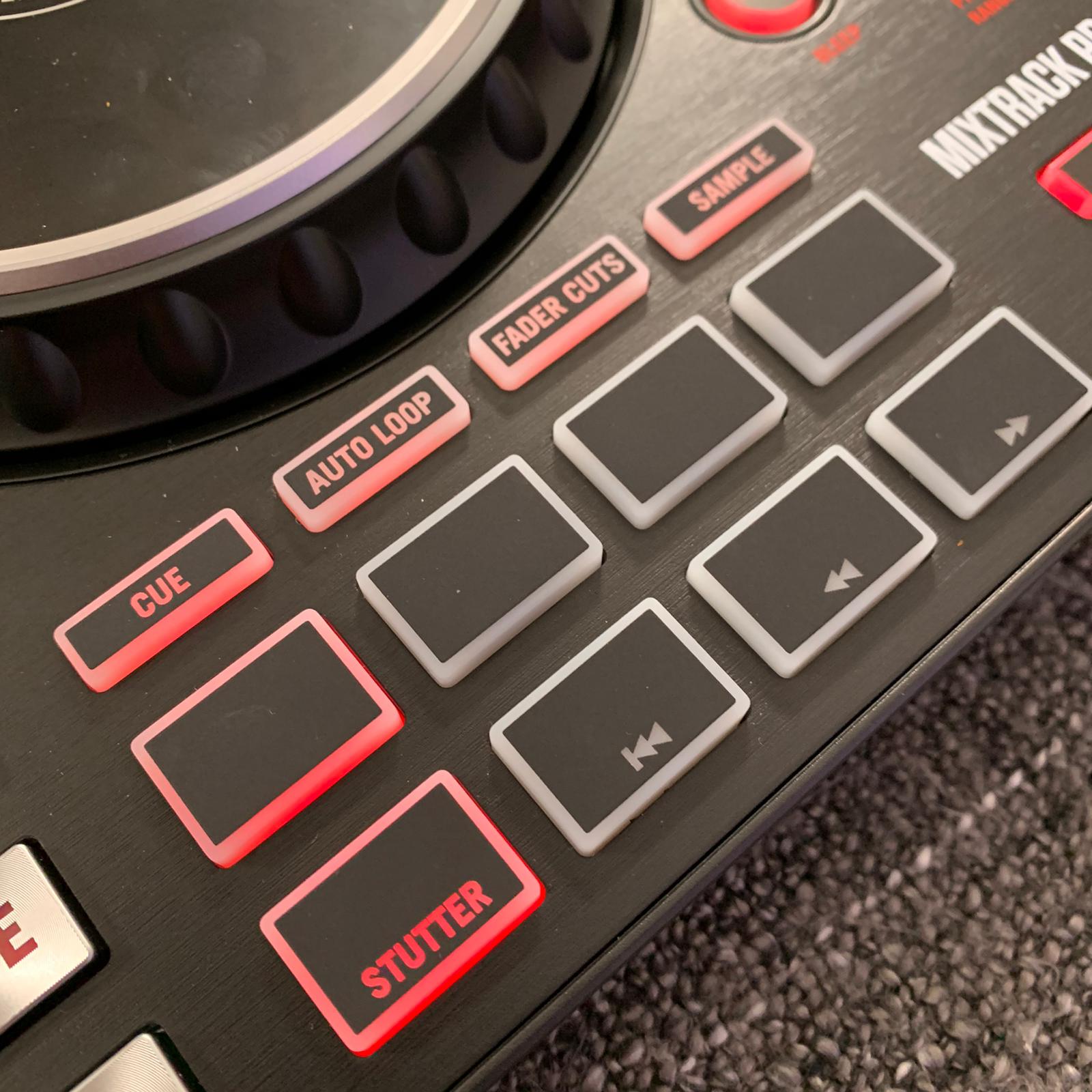 Both the Mixtrack Pro 3 and Pro FX have 8 backlit performance pads as well as with multiple modes however the new Mixtrack Pro FX has added fader FX letting you create effects as the crossfader moves from one track to the next. The pad modes on the Pro FX are easier to jump between thanks to the 4 dedicated mode buttons, this is not as simple on the Pro 3. 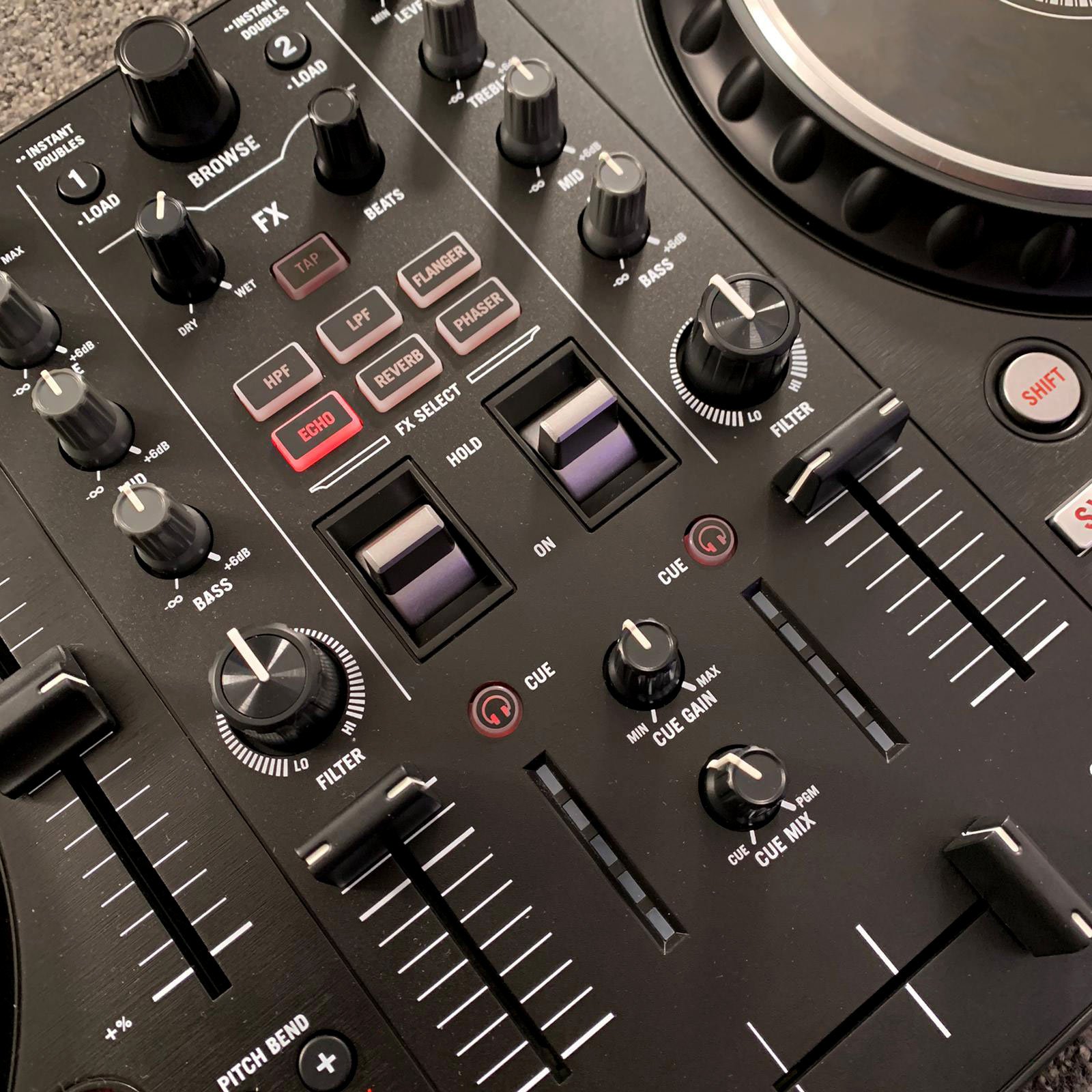 The mixer section of the Mixtrack Pro FX now includes a dedicated FX section, so there is no touch strip at the top of each deck as you had on the Pro 3.

You can now access the 6 main effects directly instead of having to scroll through them.

The Pro FX now has large paddle switches to flick the effect on momentarily or latch it on.

So even though you can’t layer effects in a complex way, the Mixtrack Pro FX now lets you select and trigger effects much more easily than before without the need to even look at the screen.

The overall differences between the previous Mixtrack Pro 3 and the new Mixtrack Pro FX is are updated layout and new way to control the effects as well as improved jog wheels.