How the Pandemic Has Changed the Live Performance Sector

Posted by djkit Marketing – 9 months ago 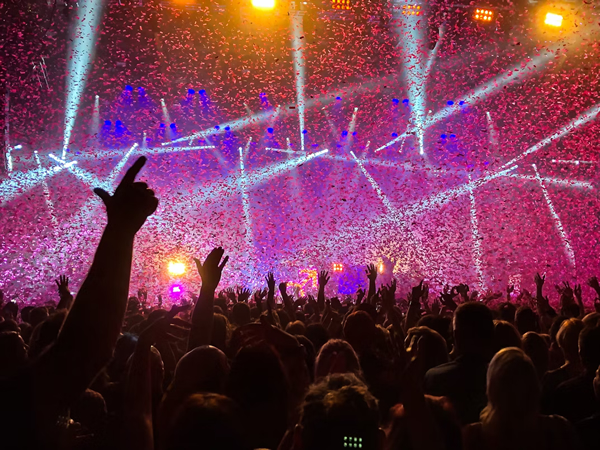 How the Pandemic Has Changed the Live Performance Sector

Getting by as a working DJ or performance artist has always been a challenge. Irrespective of how confident, capable and successful an artist looks on stage, they’re often walking a very fine line.

Working as a full-time DJ is often less about making your personal fortune, more about simply making ends meet. Consequently, DJs have always had to work hard and invest heavily in the business side of their activities to make things work.

Even when an artist temporarily hits the big time with something that draws critical acclaim, it’s far from plain sailing from thereon in.

The past two years have transformed the face of the live performance landscape in ways nobody could have predicted. For most artists, the pandemic significantly reduced or completely wiped out their main income source - putting on live performances.

In the meantime, those intent on remaining afloat have had no choice but to delve into other activities to generate revenues. Stepping up their merchandise offerings, offering subscription services, asking fans directly for donations and in some instances selling NFTs.

Others have been trying their hands at paid tuition; from ambitious newcomers to established artists from all backgrounds, dozens of DJs and performers have spent much of the past two years imparting their knowledge and wisdom on others.

Just a few examples of which include Jordan GCZ, Plastician, Hieroglyphic Being and even the famed London duo Disclosure. Some took their influence and acclaim to social media, while others founded entirely new DJ and live-performance ‘boot camps’ of sorts online.

Even today, the lingering effects of the pandemic are forcing artists up and down the country to consider all options at their disposal to supplement their earnings. But as things begin to creep back to some semblance of normality, questions are being asked as to the long-term appeal and viability of these side-project activities.

Are we looking at a permanent change to the way DJs and artists run their businesses? Or is it simply a case of a temporary shift that will fade away as the pandemic dissipates?

The Changing Face of Live Entertainment

For generations, DJs and performing artists have made their money and built their reputations on live performances and album releases. Fans of any given artist would buy their latest releases, go to their shows and keep on top of the latest news via magazines and industry publications.

Today, the overwhelming majority of people lead their lives almost completely online. Communication, entertainment, education, information - the Internet provides 24/7 access to everything we need at the touch of a button.

In the meantime, the dance music sector has gone almost completely electronic. Everything needed to create and showcase incredible music can now be packed into a pint-sized all-in-one unit, and hooked up to a laptop to broadcast online.

Consequently, artists and DJs from around the world believe the transition we’ve been seeing over the past couple of years could be permanent. The pandemic didn’t radically transform the electronic music industry - it simply served as a catalyst for its inevitable revolution.

In an interview with Pioneer DJ, Elijah, the CEO of Butterz - an independent record label based in London - spoke of the challenges associated with a culture that expects and demands instant gratification.

“Before, you maybe only had to do one release a year,” he said, highlighting the difficulties artists’ today face in keeping up with demand from their audiences.

“No one coming up now has grown up in that ecosystem, they might have consumed music in it, but they haven’t created in it".

People simply are not willing to sit back and wait weeks or even months on end to hear from their preferred artists. Quite the opposite, as they expect them to be active and engaged at all times on social media and via other channels.

The music they produce is just one part of their brand, and their output needs to be near-constant to keep people interested.

What’s proved interesting throughout the pandemic is how the difficulties being faced by professional DJs and artists are apparently not perturbing the next generation of up and coming newcomers.

For artists like Martyn - a US-based DJ and producer from the Netherlands - not being able to perform live meant dealing with an income cut of more than 70% during the pandemic. But even while all this was going on, there was huge demand for tuition and mentorship services from established artists and performers.

“When I started, I thought there were going to be like 15 people,” Martyn told Pioneer DJ, discussing the online mentorship program he launched during the pandemic.

“I literally thought it was going to be a couple of hundred dollars per month that would add to whatever other income was already coming in from other sources".

Two years after its launch, his Patreon-funded mentorship program now has approximately 200 or paying subscribers; some of which pay for additional premium services, including one-to-one tuition with the man himself.

“The cool thing about the Patreon is that apart from the percentage that they take, most of the money stays within the music community,” he said.

“People pay into the mentorship program, but I’m then able to invest in other things,” “Most of the successful projects that have survived the pandemic are things where there’s more interaction between people rather than just one-way conversations”.

According to Martyn, his online tuition program is pulling in more than enough money to supplement the earnings he has lost while not being able to perform live. He also said that should normal touring resume, he will be able to cut down the number of shows he plays each month.

“I would never want to play as many gigs as I did before the pandemic,” he said, “Not just because of the mentoring program, but for other reasons as well, like the environment. The way the whole industry was going before the pandemic started was so in the wrong direction".

Commitment to the Cause

Of course, success stories like that of Martyn are few and far between, when considering how many DJs and performers have struggled to get by over the past couple of years. The dependence of most artists on live shows remains the same today as it was before COVID first touched down.

When asked where he could see many (or most) established DJs branching out into new areas, Elijah questioned whether bigger earners would see any real value in diversifying their activities.

“The problem that you have for the people that work close to me, or those who are at the same level, is that the financial disparity between the gig and everything else is too wide,” he said.

“You’re not going to see your superstar DJ go, ‘Actually, I don’t really feel like doing shows for ten grand. I’m going to do this other thing instead.’ That’s just the way incentives work sadly, because I think DJs could be doing more interesting stuff than DJing".

Far from a lack of energy or ambition, Elijah believes that the issue for many lies in a simple lack of time. While attempting to balance schedules packed with promotional activities, social media strategies, interviews, live streams and so on, most artists simply do not have the time to start thinking about experimenting with entirely new business ventures.

Still, Emily Gale of Triple Threat Mgmt genuinely believes that the only way forward is for artists to rethink how they connect with their fans and cater to the expectations of today’s audience.

“Everybody had to rethink what they were doing and the way that they were connecting with their audience as well,” she said.

“Doing livestream virtual festivals is something that we probably never would have done beforehand, but since there was absolutely no way to go perform in front of people in person, we did look at those opportunities, and we did a few of them, and they were very successful".

But at the same time, she also warned artists to be wary of getting on board with any bandwagons their fans may respond negatively to.

“If you go off-piste and do something that feels inauthentic your fans will know and not buy into it,” she said.

The New Formula for Success

The effects of the pandemic are likely to linger for some time. If not, in some instances, prove permanent.

Branching out into more community-focused activities is something more artists should be doing, according to Martyn. While speaking with Pioneer DJ, he said that while he could have easily cashed in on the popularity of some of his popular past work, he has found more fulfilment in his recently-launched mentorship program.

“Some of my friends made that choice, and they’re a lot bigger than me, play much bigger shows and make way more money,” he said.

“But at the same time, I feel like they’re not as valuable to the music community, while I’m valuable to 100 or 200 people by doing what I do with the mentorship program".

This “we’re in this together now” attitude has proved to be the linchpin holding the dance music scene together throughout the pandemic. It’s also likely to play a more integral role in its future than ever before.