Eight Things You Should Never Say to a Club DJ

Posted by djkit – 3 weeks ago 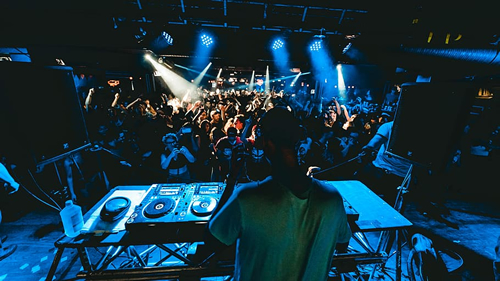 Back in the day, you would often find a list of ‘rules’ taped loosely to the club walls in the vicinity of the DJ booth; a standard that fell out of favour at some point along the way, but frankly could do with being reintroduced.

As any professional DJ will tell you, there is nothing quite as infuriating as a drunken reveller spouting complete nonsense. Or for that matter, asking the kinds of inane questions only a complete moron would ask.

Still, dealing with contemptuous clubbers is all part and parcel of the profession. But in the spirit of giving hardworking DJs an easier ride, it is worth occasionally considering the most basic rules of club etiquette.

With this in mind, here is a brief rundown of several things you should never say to a DJ, and why:

Say this and you are basically telling the DJ that they have a bad taste in music and do not understand what kind of beats people can dance to. If there is nothing being played you like, it is your problem and your problem alone…deal with it.

If you do not know the exact name of the song you want playing or at least the name of the artist, do not waste the DJ’s time by trying to describe it. They have got better things to do than try and translate what you are saying, when it is clear that even you have no idea what you’re talking about.

If the only way you will be getting lucky is by the DJ playing a certain song, you need to work on your game. Chances are your DJ will deliberately not play your ‘lucky’ song as a form of peaceful protest against your somewhat pathetic attempt to score. Long story short, don’t embarrass yourself.

If you want to come across as a condescending loser, try passing your DJ a piece of paper with a list of suggested songs. This is just about the best possible way of indicating that you have no respect whatsoever for the time and effort they invest in their art.

Being overly critical of anything your DJ plays is pointless and pure bad manners. You may have thought it was garbage, but someone else may have loved it. In any case, slagging off a DJ’s choice of tracks is not going to earn you any favour with them…or anyone else.

Rule number-one is simple – never (ever) touch any of the DJ’s stuff with your grubby hands. Rule number-two is equally simple – do not ask the DJ if you can start rifling through their record collection. As the answer will always be the same…no, you most certainly cannot.

If turning up the volume was an option (or needed to be done), don’t you think the DJ and the club would have figured it out for themselves? Providing a DJ with your own unhelpful technical advice and suggestions is just as bad as criticising their music. As they say, shut up and dance.

Far too many cocky aspiring DJs think that by picking fault, they make themselves look better. Rarely, someone may actually be trying (in their own naïve way) to offer genuinely helpful advice. Sadly, criticising the equipment the DJ is using will not earn you any brownies. As your mum probably told you when you were young – if you do not have anything nice to say, do not say anything at all!