Posted by djkit – 3 weeks ago 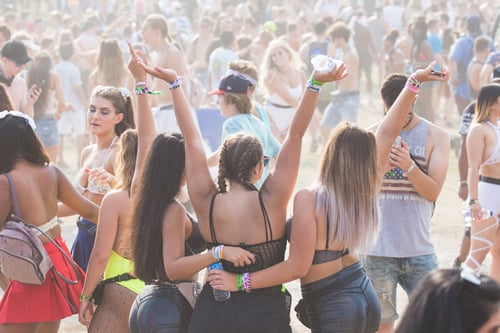 After what feels like an eternity of unacceptable inaction, a Covid cancellation insurance scheme for the live events sector has finally been announced by the UK government. Having been battered and bruised over the past 18 months, the live entertainment industry is currently hanging by a thread.

Campaigners have been calling on the government to take decisive action since long before the summer of last year, when the first draft of concert and festival cancellations dealt a hammer blow to those involved. This week, Chancellor Rishi Sunak has announced a partnership with Lloyd’s for a “live events reinsurance scheme” worth more than £750m.

“This scheme will support live events across the UK that are open to the general public. It will cover costs incurred in the event of cancellation due to the event being legally unable to happen due to government Covid restrictions,” read a statement from the Treasury.

Is it too Little, Too Late?

While the news has been welcomed by some, most have also criticised the government for not taking action sooner. Chief executive of UK Music, Jamie Njoku-Goodwin, said that something should have been done a long time ago, the sector had been warning the government of the challenges it was facing for several months.

“The inability to obtain insurance has already caused many cancellations this summer – these have been devastating for the entire music industry and there were fears that without action we would have seen major cancellations continuing well into next year too,” he said.

He went on to state that the introduction of the scheme will prove invaluable “not just for the millions of music fans who have been looking forward to the return of live events, but also for the tens of thousands of musicians, crew members and wider supply chain workers whose jobs depend on continued live activity”.

The Association of Independent Festivals (AIF) blamed mass cancellations of festivals and major music events squarely on the government, simply due to the unavailability of event insurance and a lack of action on the part of the authorities.

Speaking on behalf of AIF, chief executive Paul Reed said that he had been personally pushing for an insurance scheme such as this for more than a year.

“We are pleased that government has listened, and we welcome this intervention to address the insurance market failure,” he said.

“It is positive that festival organisers will now have an option for Covid cancellation.”

While announcing the new scheme the Treasury emphasised the importance of the live events sector, which is responsible for creating more than 700,000 jobs and contributes £70 billion to the UK’s economy each year.

“The lack of the right kind of insurance is proving a problem, so as the economy reopens, I want to do everything I can to help events providers and small businesses plan with confidence right through to next year,” Sunak said.

“We have some of the best events in the world here in the UK – from world-famous festivals to your local fair. With this new insurance scheme, everything from live music in Margate to business events in Birmingham can go ahead with confidence.”