Posted by djkit Marketing – 2 months ago 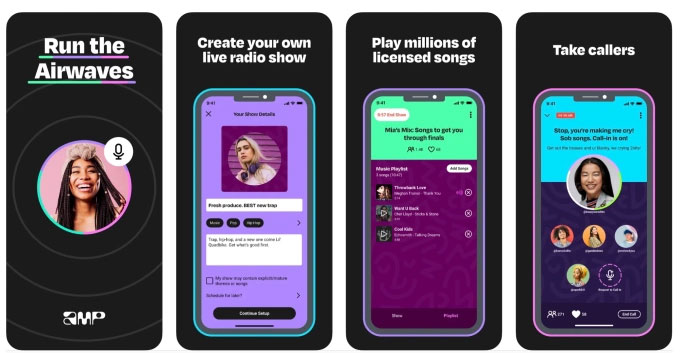 Amazon has officially launched its long-awaited ‘Amp app’, as something of a competitor for Clubhouse. However, Amp has been designed more with listening to and sharing of music in mind than chatting in the normal sense.

What makes Amp unique is how it enables its users to string their own live radio shows online, complete with access to a library of “tens of millions of licensed songs” from the major labels. In a sense, Amp is designed to turn each of its users into an independent online DJ.

Best of all, signing up for Amp is 100% free of charge – all making it seem almost too good to be true.

Clubhouse and Twitter Spaces have been pretty big in the live music arena for some time, but neither of them boasts the same access to such huge libraries of free music. Amazon could therefore have a major edge over its competitors with Amp, which officially launched on Friday, April 22 in Beta mode.

“Radio has always been about music and culture,” said John Ciancutti, vice president of Amp.

“But imagine if you were inventing the medium for the first time today. You’d combine what people love about radio — spontaneous talk, new music discovery, diverse personalities, and broad programming — with all that’s made possible by today’s technology. You’d make it so anybody with a phone, a voice, and a love for music could make their own show. And that’s exactly what we’re doing.”

Celebrating the launch of the app, a whole bunch of big-name artists will be streaming on the platform at some point over the weekend. Amazon is yet to confirm exactly when they will appear, but a few of the names set to play a part in the launch festivities include Nicki Minaj, Pusha T, Tinashe, Travis Barker, Lil Yachty, and Big Boi.

Open to anyone looking to put on a free radio show of their own, Amp has been designed from the ground up to be as simple and user-friendly as possible.

An extract from the Amp launch blurb:

It’s easy to share your voice and favourite songs with the world on Amp. Decide on a show title, create a playlist, and you’re just seconds away from streaming your own radio show to live audiences, and taking callers.

Play music. Riff on sports, or pop culture. Share your hot takes and playlists with like-minded listeners. Or call in to live shows and talk with hosts in real-time. Create endless show formats – sports recaps, themed song countdowns, pop culture news reactions, and more. The mic is yours.

Not ready to host a show? Amp is home to some of the world’s best entertainers. Tune in to top creators, athletes and artists to experience radio your way. Discover new creators before they’re famous.

The initial Beta version of Amp will be fairly limited in terms of its features and functionality, and for the immediate future will only be available on iOS.

As explained by Amazon:

"We’re in Beta (aka test mode) and will constantly be evolving with our community. Our roadmap is robust, and focused on introducing interactive features to build communities and help everyone’s voice, big or small, be heard. We’re working towards things like chat, creator monetization, and equitable discovery – to help small creators get found. Android and desktop are coming, too.

While in test mode we’ll have limited capacity for a bit, and you’ll need an Access Code to listen or create shows. You can get a code one of three ways — by downloading Amp from the App Store and joining the waitlist, by subscribing to the Amp Newsletter, and by following the @onamp_ social accounts.

We’re on this journey together. So check back frequently, add your email to the mailing list for news, updates and creator opportunities, and hit us with suggestions to help us create the most rewarding experience for you."

Is it Worth Learning to DJ with Vinyl?