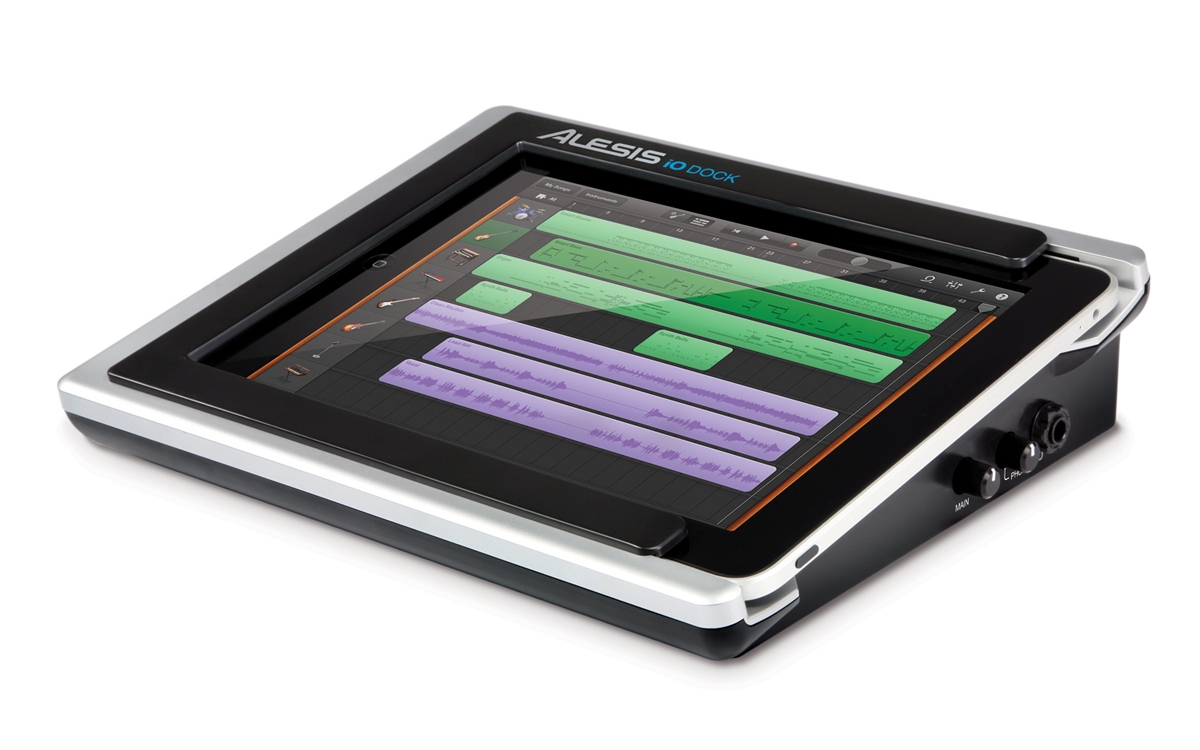 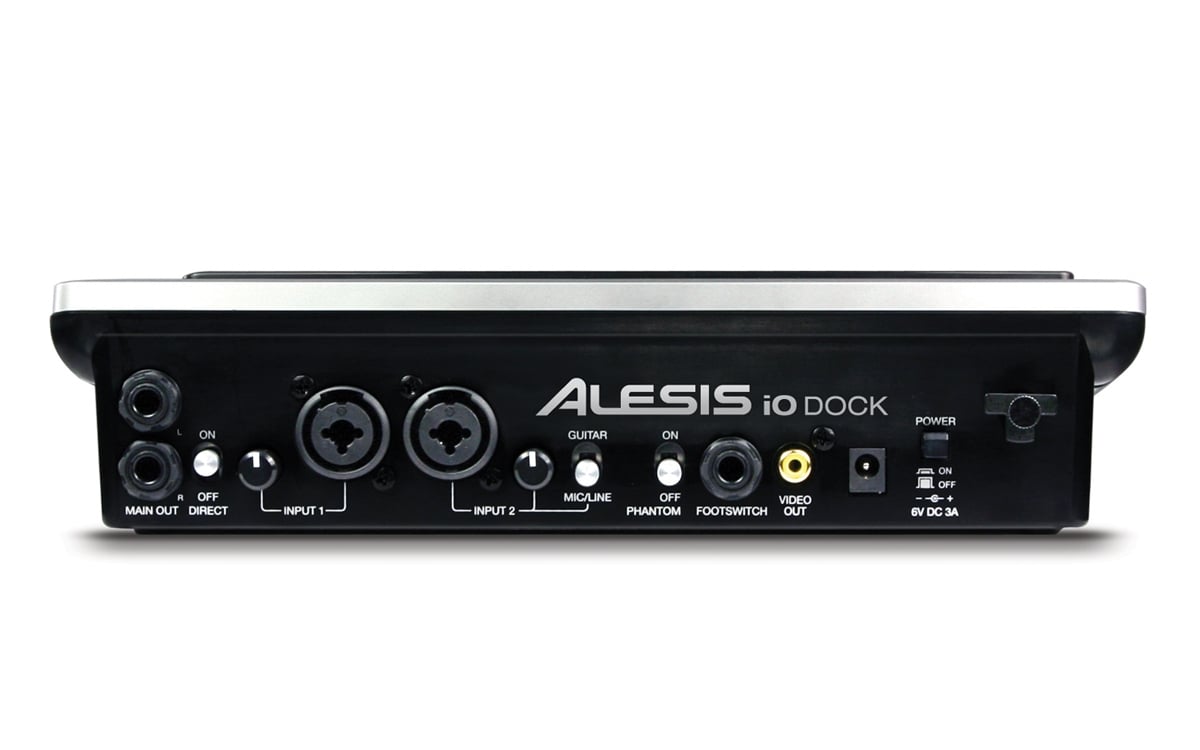 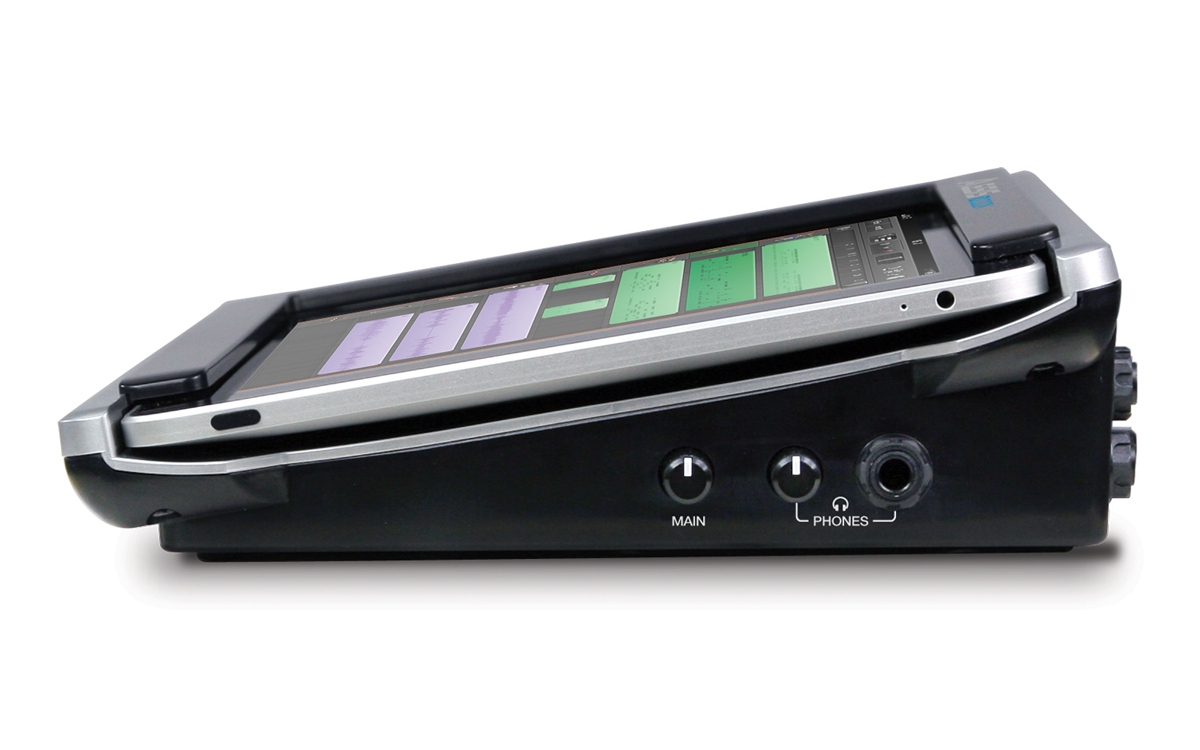 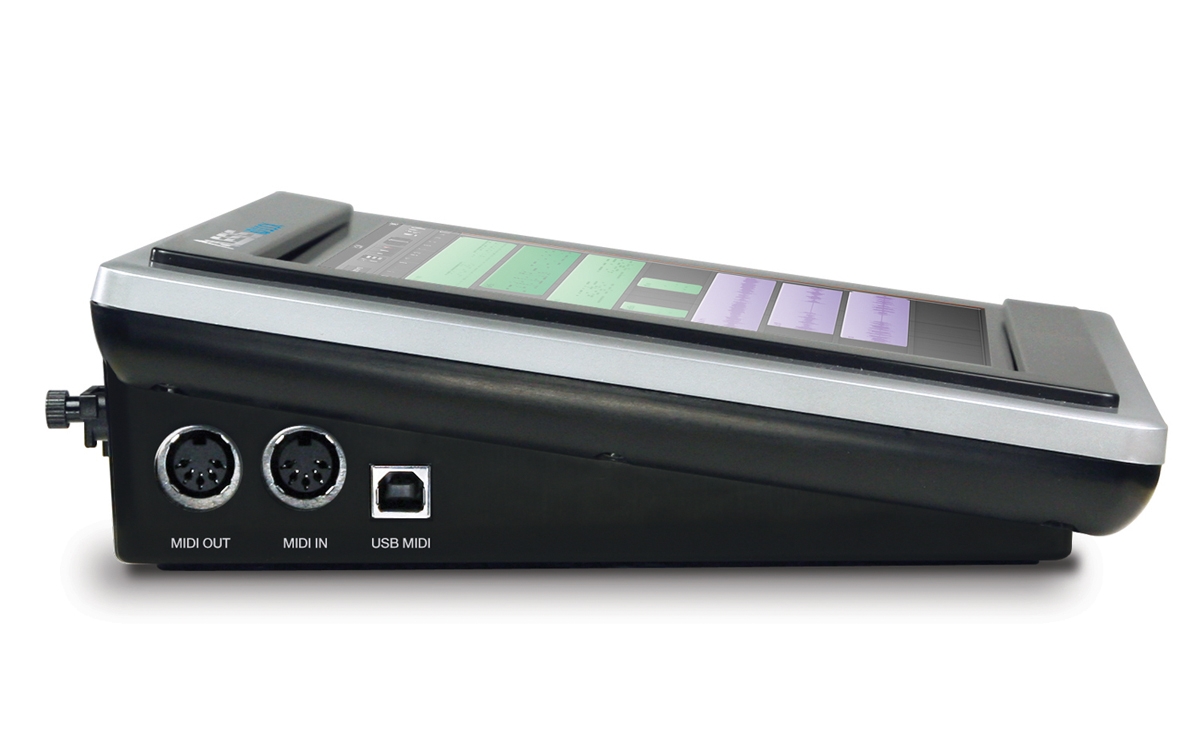 The Alesis StudioDock is the first device that enables anyone with an iPad to create, produce, and perform music with virtually any pro audio gear or instruments. The StudioDock is a universal docking station specifically designed for the iPad, and it gives musicians, recording engineers, and music producers the connectivity they need to create and perform with iPad. Connect all your pro audio gear to virtually any app in the App Store with the StudioDock.

FLEXIBLE FUNCTIONALITY
Songwriters, music producers and performers of all kinds will find that the StudioDock connects the iPad’s powerful processor, touch-screen interface and extensive library of apps to their collection of microphones, instruments, professional speaker and PA systems, MIDI controllers, sound modules, video projectors and much more.
With the StudioDock and an iPad, musicians and producers can record, perform, craft and create music in virtually any situation or location. Built to accommodate all current app-development standards including Core MIDI, the StudioDock is a universal device that bridges your choice of music-creation apps, instruments, and devices.
COMPLETE CONNECTIVITY
The StudioDock provides microphone and instrument users with two combination XLR and 1/4-inch inputs, each with its own gain control and switchable phantom power for condenser microphones. Guitarists and bassists will appreciate the StudioDock’s guitar-direct switch, enabling them to play, perform and record right into amplifier- and effects-modeling apps. Bands can connect outputs from their mixer and easily record their performances and rehearsals or use the StudioDock as a metronome or loop-playback device. Producers can use the StudioDock’s MIDI jacks to sequence external keyboards, samplers, drum machines and synthesizers, or perform using the StudioDock as the sound module and their favorite MIDI-compliant keyboard, drum pad or other controller. An assignable 1/4-inch footswitch input enables remote control of any app-defined function such as stop/start or record. Users can also connect the StudioDock to their Mac or PC using the USB port to send MIDI back and forth for creative, new applications of the iPad and computer used in tandem.
Users can connect the StudioDock’s stereo pair of 1/4-inch main outputs to studio monitors for critical listening, or to PA systems for use in performance settings. They can monitor on headphones, and independently control the levels of the two outputs, each on its own knob. Recording musicians will appreciate the StudioDock’s direct-monitor switch, which enables them to toggle between the incoming and playback signal on their headphones. Rounding out the StudioDock’s output section is a composite video connector, enabling users to employ the StudioDock as a source for video projection behind bands on stage, or for connection to most televisions and computer monitors.
RUGGED RELIABILITY
The StudioDock was built for the real world. Whether you're keeping it in the safety of the studio or taking it out for recording or performance use in the club or on tour, the StudioDock will not only deliver the connectivity you need for audio applications, but it also serves as a rugged, protective case for the iPad. The StudioDock completely houses the iPad on the bottom and three side surfaces. It also encases the iPad's screen in a protective bezel on three of its four edges, further shielding the mobile computing device from the potential for damage in punishing environments.
The applications of the iPad for music creation, production, and performance are limited only by your creativity. As an imaginative, cutting-edge music maker, the StudioDock empowers you to seamlessly connect the world of pro audio gear and instruments to the iPad and the massive collection of apps. 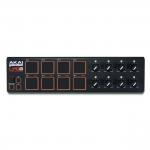 Seen a video for Alesis StudioDock Pro Audio Dock For iPad? Send us the URL and published videos will receive loyalty points!

Do you own the Alesis StudioDock Pro Audio Dock For iPad? Why not write a review based on your experience with it.
Write a Review